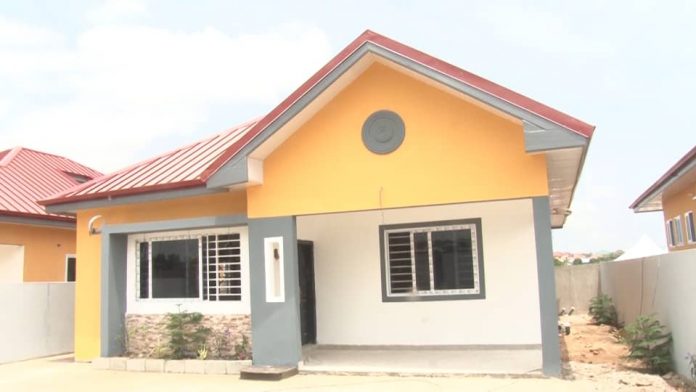 Moderator of the Presbyterian church of Ghana, Rt Rev Prof Joseph Obiri Yeboah Mante, has tasked government to support local private developers with finance and tax rebates on building materials, if it want to address the country’s housing deficit.

The Rt Rev Prof Joseph Obiri Yeboah Mante who was speaking as a guest of honour when he commisioned the Sawer-Nanor and Sons City of Favour Estate project in Dawhneya in the Greater Accra region, stressed on the need for government to collaborate with private developers to address the 2 million housing deficit facing the country.

He commended government on plans by government to establish a development bank which would offer support to indigenous Ghana businessmen.

Rt Rev Prof Mante charged government to also give out tax rebates and financial supports to emerging developing companies such as SNS company Ltd developers behind the City of Favour Estate project, who are developing affordable houses to the country’s middle and lower class.

The city of Favour Estate project which is being financed and constructed by Sawer and Sons Company Limited a Ghanaian owned construction firm, will house some 100 apartments for the average and first class citizenry.

The CEO of SNS company limited Simon Sawer Tetteh, who touted the quality of the project, also stressed on the need for government support.

He said there was a need for government to find alternative in supporting local manufacturing companies to produce cheap building materials for the masses.

One of the three already competed piloting buildings which was also outdoored at the event, was purchased by one John Ofori a government worker.

Ghana and Korea US$8 million rice project kicks off