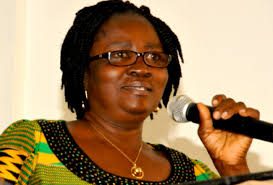 The Ministry of Education has threatened to sanction all heads of schools who refuse to admit students legally posted to their institutions for Senior High School (SHS) admissions. This follows several complaints by parents whose wards have been refused admissions into some second cycle institutions.

About two hundred students who gathered at the Wesley girls’ Senior High school on Wednesday to process their admission were turned down by school authorities who cited lack of space among others as reasons for their decision.

Speaking to Citi News on the development, the Public Relations Officer for the Ministry, Francis Gbadago, said heads of schools who fail to admit students who have been legitimately posted to those respective schools will be sacked.

“Any head who denies any particular student that has been put in any school will have his or her rank or position withdrawn. He or she will cease to be the head of the school. The Ghana Education Service knows the capacity and strength of every school and they know the vacancies that are declared in the school and so when they send students to such schools, the heads and authorities in that particular school, should be able to admit the students,” he argued.

Gbadago further stated that his outfit has made all the necessary arrangements to ensure that every student is admitted.

“Measures are being put in place to ensure that all students that have been legitimately placed in schools across the country are given the necessary opportunity to be admitted in our schools….The authorities at the Ministry of Education have directed the Ghana Education Service to ensure that sanity is brought into the system”he said.

Huawei absorbs more sanctions from US

Verification and Confirmation of schools for 2022 BECE candidates begins