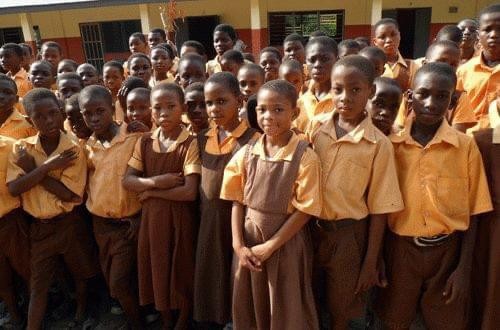 Schools in Kpone have re-opened following the President’s directive for pupils and students to return to school after nearly a year of closure due to the outbreak of Covid-19.

President Nana AKufo-Addo, on January 3, 2021 as part of measures taken by government to curb the spread of Covid-19, announced the resumption of schools across the country.

At 0850 hours, pupils of the Kpone Methodist Basic School ‘A’ had thronged the school in their numbers to clean the compound in preparation for the commencement of academic work.

Pupils were spotted cleaning dust piles on the walls, boards, and windows while desks that had also been densely clung with dust were being brought out of classrooms to be cleaned.

Some pupils who joined in the cleanup exercise without facemasks were asked to go home as parents trooped to the school to buy new uniform materials for their wards. Most children had outgrown the old uniform.

Some parents who were seeking admission for their wards were turned down due to limited space to accommodate pupils in classrooms as the maximum number of pupils expected to be in a class was 30 to help curb the spread of the disease.

The situation was not different at the Kpone Presbyterian Basic School when the GNA visited.

Madam Juliana Asante Sarpong, Headmistress of Methosdist Basic Primary ‘A‘, said the school premises had been fumigated while veronica buckets, tissues, sanitizers and soaps had been distributed to ensure strict adherence to Covid 19 protocols.

She added that pupils who did not adhere to the protocols including the wearing face mask would be driven away.

She lamented the imminent challenge of clustering of pupils, 30 for each classroom, as that could lead to other pupils having lessons under trees.

She called on government to help resolve challenges and ensure that academic work ran unimpeded while pupils were kept safe.

Meanwhile, at about 0826 hours when the GNA visited the St. Michael’s School Complex in Kpone, the school was opened but classrooms were locked up with no student on the compound. 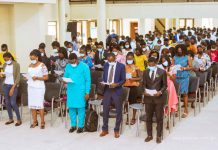 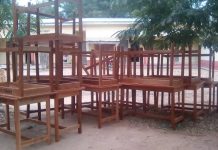 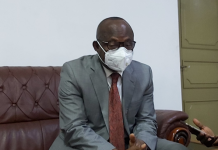