Eleven people, including eight minors, were arrested and placed in custody on Sunday after violent clashes with riot police in Argenteuil, northwest of Paris, according to a local report on Monday. 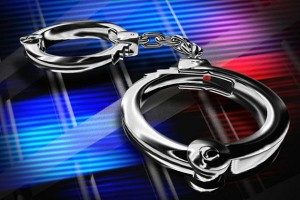 A group of 50 young people were gathered in Argenteuil’s main square on Sunday evening in response to a call posted on social media to protest the alleged police rape of a young black man and express solidarity with him, BFMTV news channel reported on Monday.

Chaos erupted after protesters hurled projectiles at police and set fire to a vehicle and three rubbish bins. They also attacked a public bus, wounding the driver and assaulted a journalist covering the demonstration, it added.

On Feb. 2, violence broke out in Aulnay-sous-Bois in the north of Paris where four police officers were accused of using unnecessary force while arresting a 22-year-old black man and raping him.

The four policemen have been suspended and placed under formal investigation for suspected rape and excessive violence.

The incident ignited a wave of violent riots in the suburbs of the French capital where dozens of cars were burnt and scores of youth were arrested over violent clashes with police.

“I condemn in the strongest possible terms all violence that took place over the weekend. I call for calm. I call for responsibility, for peace, for faith in the justice system,” interior minister Bruno Le Roux said. Enditem