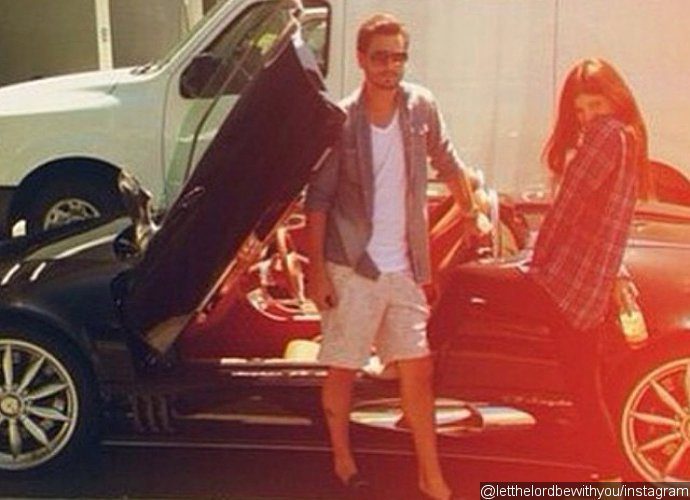 Has Scott Disick sincerely repented of her cheating behavior? Amid rumors saying both Scott and Kourtney Kardashian gave their relationship another chance, the 32-year-old father posted on Instagram on Thursday, December 3 a picture of him with a mystery girl.

In the said picture, the father of three struck a pose in front of his luxury car. Scott looked casual in a white T-shirt topped with a jeans jacket and shorts. Next to him was a long-haired girl who looked over the shoulder and covered bottom part of her face with her shirt. A caption for the picture read, “Way back.”

User @hannahgutzmer questioned, “Is that Kourtney?” Another user @gabbdepaulo claimed that the picture was taken before Kylie got lip fillers. She wrote, “When Kylie had her original face.” User @jess.sertori, who’s curious about the girl, asked, “Is this Kylie or Kourtney?”

While some fans wondered who the girl was, another user @ginabiscayne15, who was unhappy after learning Scott was with another girl, wrote, “U know raising our kids to be happy and loved is the new trend. Not absentee parents, loser. Get it together.” On the other hand, user @gabbriella.hayllar gave her best wishes for Scott and Kourtney as saying, “I couldn’t think of anyone who would know this but maybe you? Is this kourtney??? I hope they get back together!”

Most recently, reported that Scott’s relationship with his longtime girlfriend got better. “Scott has been integrating back into the family and things are going really well. They’re a family unit again,” the source revealed. “When Kourtney talks about them, she says ‘We.’ It’s no longer just her and the kids. It’s all of them.”

“He’s committed. He’s helping with the kids and everyone, Kourtney included, sees how much he’s trying,” the source continued, before concluding, “There is no question the family is back together.”