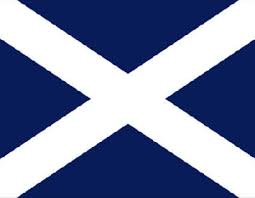 Rory Stewart delivered an impassioned plea in February to his fellow parliamentarians in Westminster, begging them to stand up and tell Scotland, “I love you,” before it voted for independence. “As somebody who is a Scot representing an English constituency, I had been absolutely convinced for the last few years that this was the biggest single subject in British politics in the postwar era,” Stewart said last week ahead of Thursday’s referendum.

But when he spoke in February, the House of Commons was almost empty, hardly any media reported what was described by one political website as “the type of gusty, emotional rhetoric we need if we are to convince Scotland to remain part of a union of nations.”

The pro-union Better Together campaign has often been criticized for sending a “negative” message to Scots, focusing on the economic arguments and hammering home that Scots will be worse off without the rest of Britain if they vote “yes” in the referendum.

Rather than being led by politicians, the campaign should have tried to mobilize civil society and made more of Scots’ shared identity with the rest of the UK, Stewart argued.

But celebrities have shown extreme reluctance to support the “no” campaign while most newspaper editors in London have also until recently refused to come out in favour of the union.

“I could understand [people and editors saying] that they’re not in favour of Conservative, Labour or the Lib Dems, … but not to be able to decide whether you actually care about the shape of your country is just …” Stewart trailed off, looking frustrated.

The indifference exhibited by the English, and the lack of emotional attachment to their closest neighbours has been startling for Scots.

“Voters in England are variously reported as baffled, sad, annoyed they have no say in the UK’s future, dismissive or supportive of Scottish rights,” Ian Bell wrote in the Scottish paper The Herald.

“But they are not, in the jargon, ‘engaged,'” he said. Furthermore, “the attitude seems to be that the Scots can ‘go off,’ for better or worse, as they please, and nothing important will alter,” he wrote.

The mood on the streets in London has proved his point.

“If they want to go, screw them,” said Kate Hallett, a 30-year-old lawyer from Cheshire. “They’re always whingeing. In fact, I’ve stopped listening to the news because I’m so sick of hearing about the referendum.”

“I’d like them to stay, but if they go, I don’t think it will have much impact on us,” said chartered surveyor Sophie Chambers, 42. “Most people when they refer to the UK say ‘England’ anyway.”

But this is not the way to win hearts and minds, Stewart said.

“This is like a marriage or a relationship,” he said. “One person is walking out the door – the other person has to say something. They can’t just sit there and say, ‘We don’t care. It’s up to you,’ or even worse, ‘You’re never going to survive on your own.’

It is unrealistic, he said, to think a “yes” vote would not have catastrophic consequences for the rest of Britain.

Apart from the immediate political and economic uncertainty, Britain would spend the next 10 years arguing over the division of assets and debts, a possible currency union and further devolution for the other regions in the UK, he said.

After the loss of a third of its territory and a 10th of its population, Britain would almost certainly lose more of its international clout. Other countries could question, for example, why it should have a permanent place in the UN Security Council, those in favour of keeping Scotland in the UK argued.

With opinion polls showing that Thursday’s vote is too close to call, Stewart has again been attempting to rouse the English from their indifference.

“We want those bagpipes,” he said. “We want Adam Smith. We want David Hume. We want Edinburgh. We want the Highlands.

“Because without them, we’re pretty unbearable. The English are very pompous people, and the Scots without the English will take themselves too seriously. We need each other. Individually, our nations are really embarrassing. Together, they’re OK.”

UN agency: 42,000 Palestinians in Gaza have left their homes