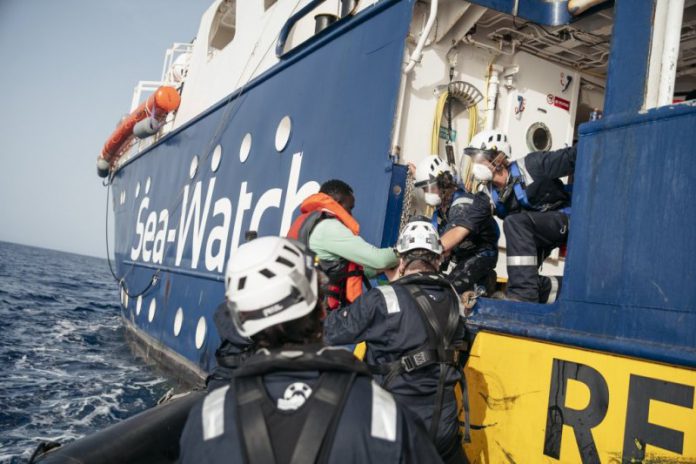 The Sea-Watch 4 rescue ship, which is carrying more than 450 people plucked from the waters of the Mediterranean, has been given permission to dock at the Sicilian city of Trapani, said the charity.

The Sea-Watch organization, based in Berlin, said on Twitter on Monday that Italian authorities had assigned the ship to the Sicilian port.

The ship has rescued migrants in distress several times since Thursday.

The Ocean Viking, another migrant rescue vessel, had docked in the Sicilian city of Augusta with 236 people at the weekend, according to the charity organization that runs the ship, SOS Mediterranee.

Refugees repeatedly attempt the perilous sea crossing to Europe, often in flimsy rubber boats, to leave Libya, where they are subject to human rights abuses. However, many do not survive the journey.

The two rescue organizations criticize the Libyan coastguard and the European Union for repeatedly returning migrants to war-torn Libya.

Libya has become a major transit route for migrants trying to reach Europe by sea since chaos erupted in the North African country after the 2011 revolt that toppled long-time dictator Moamer Gaddafi.

Libyan officials have attributed an increase in migrant boats to the presence of the rescue ships, arguing people only make the attempt because they know they will be saved. According to United Nations figures, 490 people have died in the central Mediterranean so far this year.