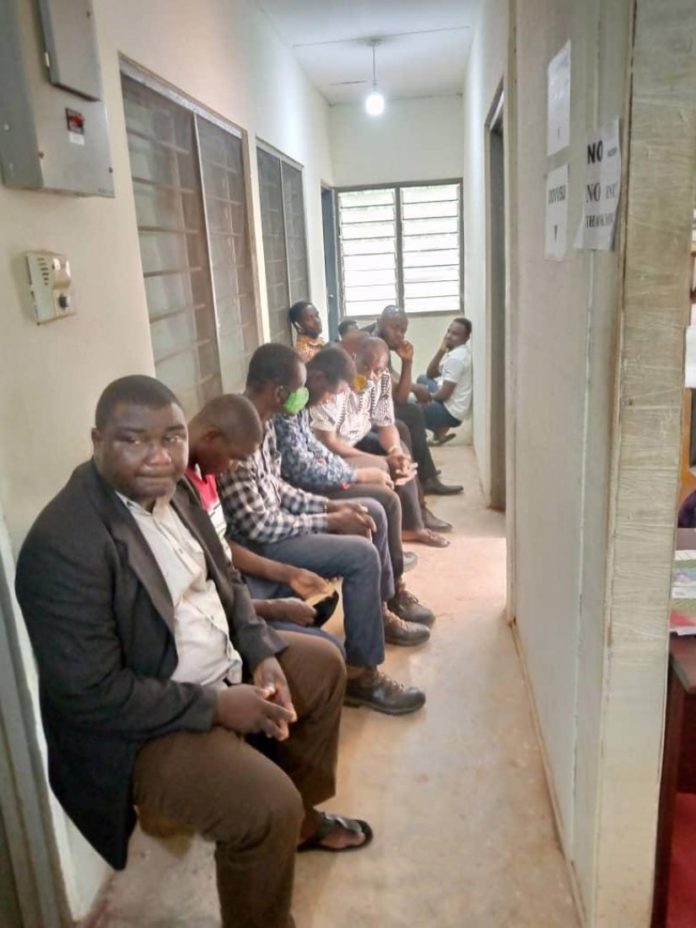 The 13 persons, eleven males and two females were picked at a meeting at Kpando-Aziavi in the Volta region.
Lieutenant Colonel Bernard Baba Pantoah, Commanding Officer of the 66 Artillery Regiment told the Ghana News Agency that the operation, which had support from officials of the Bureau of National Investigations was between 0850 hours and 1300 hours.

He said security personnel seized a document from the group detailing areas they allegedly planned to attack soon.
The Commanding Officer said the 13 persons were escorted to the Regional Police Headquarters for further investigations.

In February this year, the Regiment rounded up 21 persons at a secret training camp allegedly operated by the secessionists group at Kpevedui in the Ketu North Municipality.

The ‘recruits’, made up of 20 males and a female were busted in a dawn raid and airlifted to Accra for further investigations.