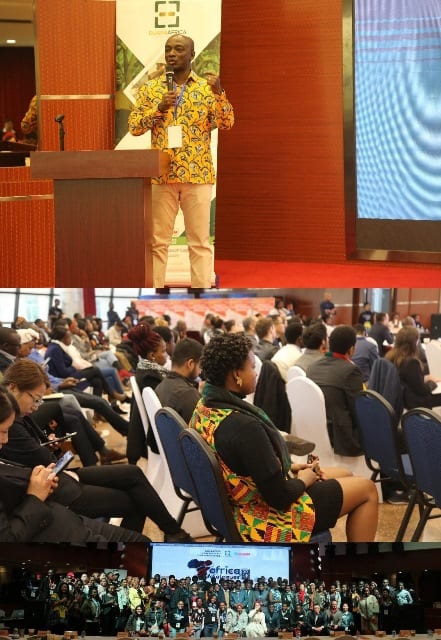 The Second Edition of the Africa Dialogue to create an opportunity for Africans to share the Continent’s story with China and other expatriates there has been held in the Haidian District of Beijing.

Organised by Duapa Africa, a Social Enterprise in China, the Dialogue attracted a diverse audience with six African speakers and diplomats.

Among other things, it aimed at dispelling the existing misunderstandings and stereotypes about Africa in many countries, of which China is not an exception, and enlightening investors about the opportunities for investment, business and partnerships in Africa.

It was also to promote the positive image of the Continent to attract the required interest and investment, as well as create awareness in China.

This year’s edition, on the theme: “This is Africa: A Thriving Hub of Global Talents and Innovation” focused on Africa’s technology, culture, tourism and people to reshape the thoughts and perceptions about the continent.

He said his contribution to the positive image and branding of Africa dated back to the 1990’s and 2000’s when he told Africa’s story with the power of media.

“Whilst working with CNN, I initiated the “Inside Africa” programme; a television segment that focuses on Africa’s uniqueness and introduced the annual CNN journalist of the year award; an event that honours great African storytellers. The event also had great speakers from all parts of Africa (North, Central, Eastern, Western and Southern).”

Mr Musa Frimpong, the Founder and CEO of Duapa Africa, expressed joy in realizing his dream of telling Africa’s unique story in a positive way, saying: “Africa is growing, Africa has improved, Africa yesterday is totally different from Africa today.”

“With initiatives such as the Africa Continental Free Trade Agreement, Africa is poised for greatness and it is imperative for young Africans to lead this agenda.”

“Until lions get their historians, the tale of the hunt shall always glorify the hunter; and therefore, it is important that we tell our story.”

Mr Frimpong said that had been the motivation for his team since the inception of the dialogue last year and congratulated all members of Duapa Africa for their time in ensuring that the Dialogue was successful.

It is a social enterprise dedicated to Africa’s socio-economic transformation and sustainable development through innovative solution.

It is one of the few wholly owned African social enterprises founded and managed by young Africans in China.

Others were Dr Luo Zhuowei, Deputy Director at the Investment Promotion Centre of the China Council for the Promotion of International Trade, and Mr Xinliang Zhao, the Director of Haidian Pioneer Park; host of the event.