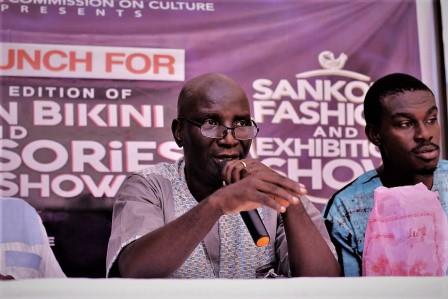 The Street Fashion Train Limited in Collaboration with the National Commission on culture (NCC) and the National Theatre launched this year’s edition of the African Bikini and Accessories Fashion Show. 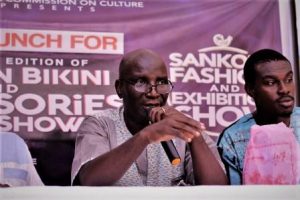 The event which was held at the National theatre on Thursday, 26th October, 2017 was attended by various media house representatives and major creative industry players. This year’s edition of the event which is the secundus is built on the successes chalked by the initiatory edition held at the Holiday Inn Hotel in December last year.

According to Mr. Benjamin Mills, the C.E.O of the Street Fashion Train LTD, during an exclusive interview with Showbiz Network Ghana’s Gabla Godwin, the event is aimed at creating more opportunities at a lesser cost for what he calls ‘’the lesser known fashion trends.’’ Explaining further, the man who seemed to be highly concerned about the progress of the fashion industry in Ghana and Africa as a whole said ‘’ You know, in sports, we label some as lesser-known sports such as volleyball and co. Same way, in the fashion industry, we have lesser-known fashion trends which are mostly accessories such as bags, bracelets and bikini. Hardly would you come by a fashion show purposely for bikini and accessories. Our event is to create a new and affordable opportunity for fashion designers to exhibit their accessories and bikini on a platform created purposely for them’’

Mr. Socrate Safo, the Director of Creative Arts and Programmes of the National Commission on Culture supported the move stating that their doors are always opened to the general public for collaborations to sell the Ghanaian Culture to the International world as well as create jobs for the youth.

During the event chaired by Mr. Toffic Drah who is a representative from the National Theatre, a monthly fashion show captioned ‘’SANKOFA FASHION AND EXHIBITION SHOW’’ was also launched. According to Mr. Benjamin Mills, the SANKOFA FASHION AND EXHIBITION SHOW which is the brainchild of Mr. Socrate Safo would start from the year 2018 and would happen once every month. This he said would create an opportunity for fashion designers to rebrand the traditional fashion styles of Ghanaians such as the famous Kaba and Slit, hence the name ‘’SANKOFA’’.

Prominent among those who passed through the program are Ghanaian Comedian and Actor, Papa Nii, Actress Edinam Atatsi, Mrs Leonora Buckman; the President of Women in Performing Arts, Celebrated Radio Presenter and promoter, Abeiku Santana and some friends from the media.

Before curtains were drawn down on the press launch, attendees were treated to a sketch fashion show expressing the magnitude of the main event to be held on the 8th of December, 2017 at the National Theatre.

Below are some exclusive photos from the event: 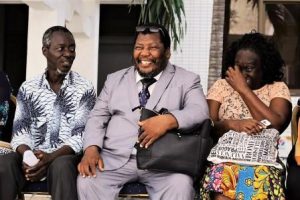 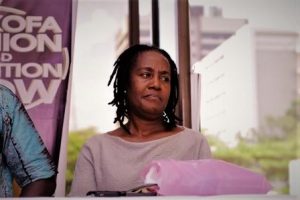 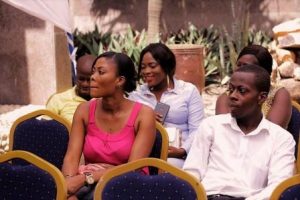