The 2022 edition of the International Coconut Festival has been launched at Ellembele in the Western Region with renewed promise to develop the coconut industry and make it a significant and reliable revenue source for government.

The second edition of the festival which is on the theme “Repositioning Ghana’s Coconut Sector for Accelerated Industrialization” aims at exploring ways of expediting the growth of the sector by adding value to the raw materials produced from coconut.

It was organized by the Ghana Export Promotion Authority (GEPA) and the Africa Coconut Group (ACG).

Speaking at the launch, the Chief Executive Officer of the Ghana Export Promotion Authority, Afua Asabea Asare disclosed plans of government to provide adequate support to investors to set up coconut processing factories under the One-District-One-Factory initiative.

She noted that since the arrival of the Akufo-Addo government in 2017, GEPA has committed significant resources to the coconut industry owing to its recognition of the industry as one with export, job creation, and revenue potential.

The GEPA Boss stated that through its effective partnership with the African Coconut Group, some policy initiatives were rolled out and the results are already being felt.

“GEPA has made modest but quite significant investments in the sector since 2017 by procuring and distributing disease-tolerant coconut seedlings to coconut farmers across the major coconut farming Regions in the country. So far, we have distributed close to seven hundred thousand seedlings covering some eleven thousand two hundred acres. We are not relenting on our efforts until we get to the point where the industry is mature and can be on its own.

“We equally recognize the fact that the Ministries of Food and Agriculture and Local Government and Rural Development have also invested significantly in the sector through the Planting for Export and Rural Development (PERD) Programme. Of course, we are not oblivious of the central role that the African Coconut Group, led by Mr. Davies Korboe and his able colleagues have played in advocating strongly for the development of the sector to boost export revenues,” she said.

Afua Asabea Asare commended the government for setting up the Tree Crops Development Authority which she reckons would impact positively on the coconut industry.

“We also applaud Government for the establishment of the Tree Crops Development Authority (TCDA) which GEPA and other stakeholders had strongly advocated for. We believe that the Authority’s mandate and activities would inure to the benefit of the sector, coconut being one of the key tree crops under the Authority. We are happy to say that our two institutions have been collaborating well on various issues, and on the occasion of this launch, call for greater inter-institutional cooperation to quicken the pace of the sector’s development,” she said. 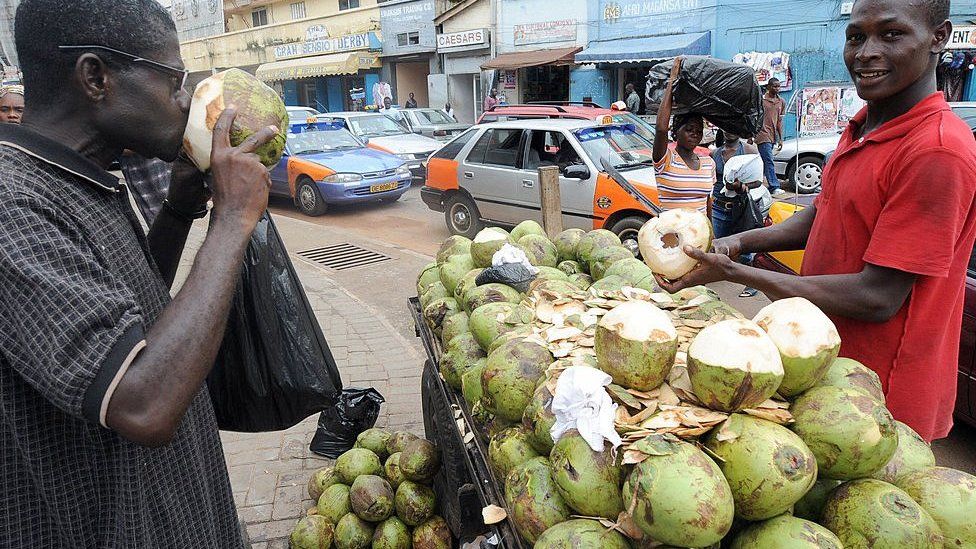 Davis Korboe, the Chairman of the African Coconut Group provided details about the activities lined up for the second edition of the festival.

“The event will be characterized by exhibitions of high and low-level technologies in the coconut industry, business seminars, financial support platforms, networking, talks, field visits, senior high and university level competition, colloquiums, and others,” he said.

Davis Korboe remarked that the objective of the festival was to bring investors from across the world to export coconut from Ghana.

While lamenting the negative impact of COVID-19 on the sector, Davis Korboe noted that the industry would have been on its knees but for the support from GEPA.

CEO of CocoBenz, Bender Owusu Antwi said “venturing into coconut must not only consider production but also value addition because value creates attention and attention becomes our currency…value surpasses all means of shortcuts to curb unemployment.”

The serial entrepreneur and business loan said the involvement of the youth in agriculture is vital because they are more energetic, productive and receptive to new ideas and advanced technologies and he believes that will impact the drive to create value in the coconut industry.

Coconut industry in Western Region to be revamped

GEPA to boost the capacity of exporters