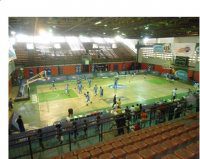 The Nestle Milo Secondary Schools Basketball Championship, now in its 17th year, will climax with the Finals which will begin today and end on June 6.? Over 10,000 schools from across the country took part in the preliminaries which will now culminate in the finals at the Indoor Sports Complex of the National Stadium, Lagos.

This year, outstanding players selected from all the participating schools would form an all -stars team that would represent Nigeria at the World College Basketball Championship and other international competitions to be decided by Nigeria Schools Sport Federation (NSSF).

The best 50 players will also be invited to camp in August and will receive tutelage from a team of NBA coaches led by MasaiUjiri of the Toronto Raptors.

Nestle PLC?s Category Manager, Beverages, Femi Akintola told reporters in Lagos that there will be lots of excitement for the players and spectators at this year?s finals where top class musician, Olamide and the Explicit Dance Group will perform live at intervals.