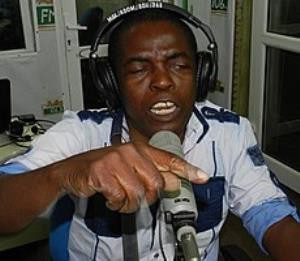 This is despite the spirited attempt by NPP to vilify, Ghana?s first President, Dr Kwame Nkrumah for allegedly Witch-hunting and imprisoning some members of the famous ?Big-six? who were instrumental in Ghana?s independence.

Contrary to widely touted views by the NPP that individuals of the Big-Six such as the late Obetsebi Lamptey, Ako Adjei and Dr. J.B Danquah were good friends who gladly fought for independence together, there were apparently bad blood between them.

According to Kwesi Pratt, the Editor of the Insight Newspaper, ?It was Akufo-Addo?s own father who tried Obetsebi Lamptey and came to the conclusion that Obetsebi Lamptey is a leader of a terrorist cell and decided that he probably deserves to be in prison and imprisoned him; not Kwame Nkrumah?, yet an impression is created in the minds of Ghanaians that it was Nkrumah who arrested him and ?as if he was arrested and detained without trial,? Mr. Pratt said.

According to Kwesi Pratt who is well versed in the history of Ghana?s post-independence politics, the NPP, in their bid to make Dr. J.B Danquah appear an undeserving hero, had deliberately distorted Ghana?s political history by vilifying Ghana?s first President as having imprisoned Dr. J.B Danquah without any provocation under the infamous Preventive Detention Act (PDA).

Dr. J.B Danquah, who have recently been linked to the CIA who were against Ghana?s 1957 independence from the Bristish, is seen as the most important founding father of the ideologies of the opposition NPP.

During a lecture to commemorate a controversial 50th anniversary of J.B Danquah, the NPP Flagbearer paid glowing tributes to what he claimed was the heroic achievements and ideologies of Dr. J.B Danquah which was allegedly truncated by his death due to his imprisonment.

But speaking on ?Alhaji and Alhaji? on Radio Gold, Kwesi Pratt indicated that some statements proclaimed by the NPP about J.B Danquah?s detention under the Nkrumah regime were false, discounted claims that Dr. Kwame Nkrumah masterminded the detention of J.B Danquah which eventually led to his death.

He stated that Nkrumah could not have assented to J.B Danquah being detained because he broke down in tears when he was briefed about J.B Danquah?s detention.

?The account is that Nkrumah broke down and wept?Now, if that were the case; how could Nkrumah have been so vicious wanting to kill J.B Danquah and so on and then thereafter break down and weep and so on; having ordered his release the previous day and all. You see, there are all kinds of claims which are completely false and not supported by the historical record.?

According to him, Nkrumah?s opponents have been peddling falsehood and giving a negative account of Ghana?s first President without concrete proof.