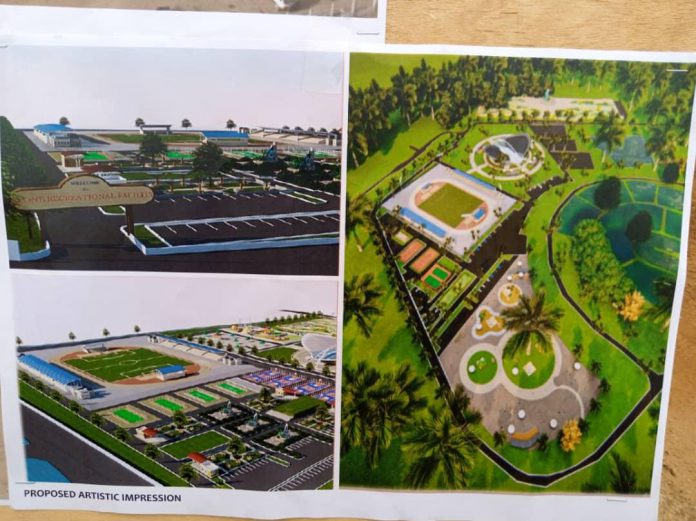 Madam Cecilia Abena Dapaah, Minister of Sanitation and Water Resources, on Friday commended Zoomlion for a good work at the Kpone Landfill site, as the place used to be filled with flies, scavengers and a mountain like refuse dump before the commencement of the project.

Madam Dapaah said government through the Sanitation Ministry was committed in handling the sanitation issues in the country, noting that because of their initiatives, since 2017 cholera and dysentery outbreaks in the country had been eliminated as over 103,000 household toilets had so far been validated.

She added that the Sanitation Ministry would continue to collaborate with the Greater Accra Regional Minister to ensure that the vision of making Accra the cleanest city was realized.

Madam Dapaah made the remarks during a working visit to the Kpone Landfill Site in the company of the Greater Accra Regional Minister Mr Henry Quartey to inspect the ongoing re-engineering works.

The re-engineering of the landfill which receives waste from the Greater Accra Metropolitan Accra (GAMA), commenced on June 1, 2020 by the Zoomlion Ghana Limited.

The project, which is expected to be completed in December 2021 will see the decommissioning of the landfill and subsequent re-engineering with the needed landscape to enable it to be used for recreational and other purposes.

Currently, the decommissioning is in progress as some capping had been done after which composite layers would be laid, followed by the re-engineering.

According to the project consultants EAP Limited, to prevent leaching, pipes had been laid underground and connected into a collection pond to be treated.

Mr Quartey, on his part also commended Zoomlion and the consultants for their good work and success in transforming the site while appreciating the Sanitation Ministry for the initiative to re-engineering the place.

He appealed to the sector Ministry to consider replicating the project at other landfills in the Region and across the country.

Mr Joseph Siaw Agyepong, Executive Director of the Jospong Group of Companies, said local contractors were grateful for the confidence reposed in them to handle such an initiative.

Mr Agyepong noted that they had acquired a lot of skills from undertaking the project saying, “the standard of what we are doing is high class like that in UK and other countries, and we are trying to have an international standard for local contractors as a model”.