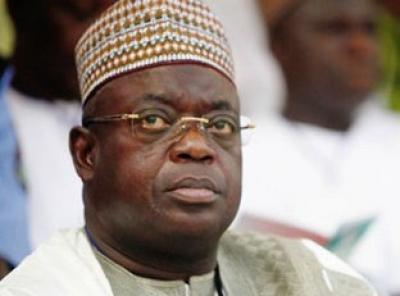 Gov. Babangida Aliyu of Niger said on Wednesday in Minna that the success of the 2015 general elections would depend largely on solving the security challenge in the northeast.
Aliyu said this at the 4th International Literary Colloquium to mark his 59th birthday.
The colloquium had as its theme: ?Leadership and National Development and Post Centenary Nigeria: New Literatures, New Leaders and New Nation.??
“Recently, I told somebody that the legitimacy of our 2015 general elections depends on how we are able to solve the problems in the northeast.
“This is because the moment you cannot conduct elections in an area, you are already questioning the legitimacy of that election.
?So, we must fight Boko Haram to enable the people go back and hold elections there??, he said.
He called on the populace to support the Federal Government?s efforts in tackling terrorism.
“I believe that the best thing to do now is to go all out for war with Boko Haram. Let us rally round Mr President with ideas to eliminate insurgents??, he said.
He decried a situation where some soldiers sent to confront insurgents abandon their duty posts saying such was not in the interest of the nation?s security.
The governor advised the military high command and security agencies to properly scrutinise applicants for military and other security bodies to ensure that only patriots were recruited.
Aliyu said the colloquium was organised to contribute to the literary and intellectual development of the state.
“I have just signed a Bill into law establishing Niger State Book Development Agency which will sustain the colloquium??, he said.