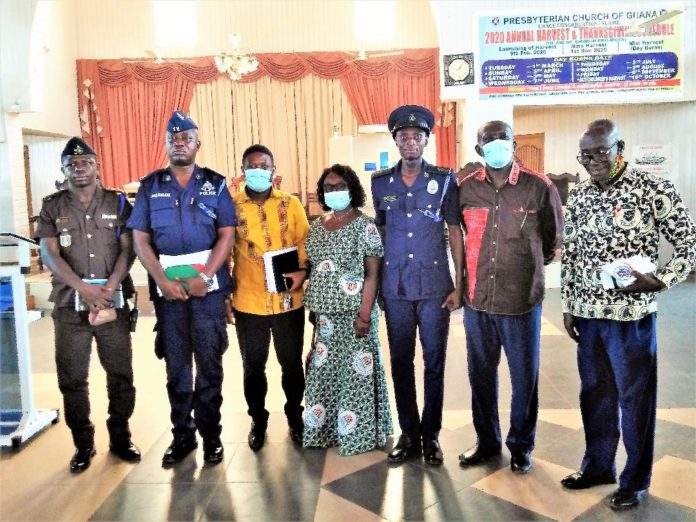 The Suame Municipal Security Council has identified 38 polling station hotspots within the Suame Constituency as Ghana goes to the polls on December 7, 2020.

“Our security apparatus is being tightened to foster incident-free Presidential and Parliamentary elections, especially in these troubled areas” Superintendent Emmanuel Asiamah, told a stakeholders’ forum at Suame in the Ashanti Region.

The expectation was that electoral violence fueled by political and ideological differences, youth exuberance and party fanaticism, he said, would be reduced to the barest minimum in this year’s polls.

The programme was organized by the Municipal Election Security Taskforce, and had representatives from the various security agencies, National Commission for Civic Education (NCCE), clergy and traditional authorities, the Municipal Assembly, youth groups, business community and Electoral Commission (EC).

According to the EC, the Constituency has been zoned into 213 polling stations for the purposes of the elections.

The five contesting parliamentary candidates include the incumbent Member of Parliament (MP), Mr. Osei Kyei-Mensah-Bonsu, who is also the Majority Leader and Minister of Parliamentary Affairs and vying on the ticket of the ruling New Patriotic Party.

The rest are Mr. Francis Dodovi, parliamentary candidate of the largest opposition party, the National Democratic Congress (NDC), as well as Mr. Mohammed Suleman, vying on the ticket of the Convention People’s Party (CPP).

Other parliamentary candidates include Mr. Mubarak Mohammed, representing the All People’s Congress (APC) and Mr. George Prempeh, an independent candidate.

Information reaching the Ghana News Agency (GNA) indicated that the decision by Mr. Prempeh, a self-acclaimed activist of the NPP, to contest as an independent parliamentary candidate, had further heightened tension at the Constituency.

Superintendent Asiamah hinted that the security agencies would restrict the movement of motor bikes during the elections, warning that voters were also expected not to carry offensive weapons to the polling stations.

The Municipal Police Commander assured of full-scale security operations by the personnel to ensure that “no voter is intimidated, harassed or physically prevented from exercising his or her franchise.”

Mrs. Constance Amankwa, the Municipal NCCE Director, said politics was about the contest of ideas and knowledge-sharing.

Therefore, party activists ought not to engage in violence as they embarked on political rallies to explain their manifestoes and solicit votes from Ghanaians.

The stakeholders’ forum was intertwined with a documentary session demonstrating videos of the effects of electoral violence in some countries on the African continent.