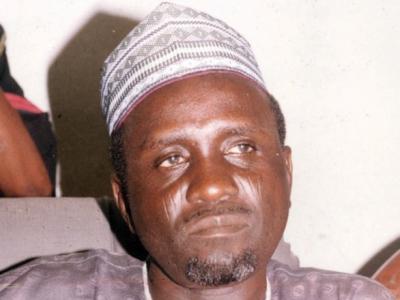 Former Governor of Kano State Ibrahim Shekarau, on Thursday said everything should be done to bring about security of lives and property before election is held in Adamawa, Yobe and Borno.
Governors of the three states issued a joint statement on Wednesday, saying the 2015 general elections should hold under a state of emergency, in the affected states.
Speaking with State House correspondents after a meeting with President Goodluck Jonathan in Abuja, Shekarau said security should be guaranteed before elections are conducted.
He said: ?You see as a democrat, I always insist that let there be elections to allow people to decide their fate, but this does not necessarily mean we conduct elections under a volatile situations.?
?If there are threats to lives, who are you going to govern; even if you win the election? So it is not safe and I don?t see anybody spitting fire on it. The truth is that let the governors, the federal government and all concerned join hands and assess the situation. What will the federal government gain or INEC gain if they don?t conduct elections in any state?? He queried.
?But if it is in the interest of the public, the lives and security of the people are far more important than any election that you can think of.? Shekarau said.
On the coming Peoples Democratic Party (PDP) rally in Kano, he said: ?Well it is true the President is paying a visit to Kano and it is going to be on Tuesday for a grand reception rally. It is basically to celebrate our coming into PDP in the best way we can and also to reassure the Kano citizens that Kano is now fully a PDP environment.
?It is going to be a very grand occasion because if anybody cares to know the.political trend in Kano, all along ANPP had been in charge. ANPP moved into APC and we moved the whole of ANPP into APC. So it is going to be a great day for all of us and we are waiting for the reception and we are inviting one and all to come and share with us.?
According to him, the rally was postponed because it coincided with the annual learning of Quadriyya Movement in Kano, popularly known as Maukidi.
Shekarau, who defected recently from the APC, insisted that Kano does not belong to the APC even with Governor Rabiu Kwankwaso being a member of the APC.
He said: ?So we assure you and I want to say with all sense of humility, I was in APC and I have moved away with my supporters to the PDP. As for APC, in Kano, the governor is APC, his government is APC, there will always be pockets of other parties. If you go to Kano, you will discover that every other party will have their shares. Definitely PDP is on the ground, we are in charge in Kano.?
On his complaints about the forthcoming local government elections in the state, he said: ?Not complaining as such, our complaints were basically to raise the alarm, the State Electoral Commission wanted to short change us, they gave a programme in March,a 14-day programme for the purchase of forms and return of forms, changed the date to April and reduce it to only 48 hours, this is wrong.
?If you are changing the dates, then you must maintain the number of days and fortunately they listened to our protest, they had to open up because they agreed, the chairman agreed they were doing something that was violating the law, so they extended it by another four, five days, in fact they are closing today(Thursday) by midnight.?