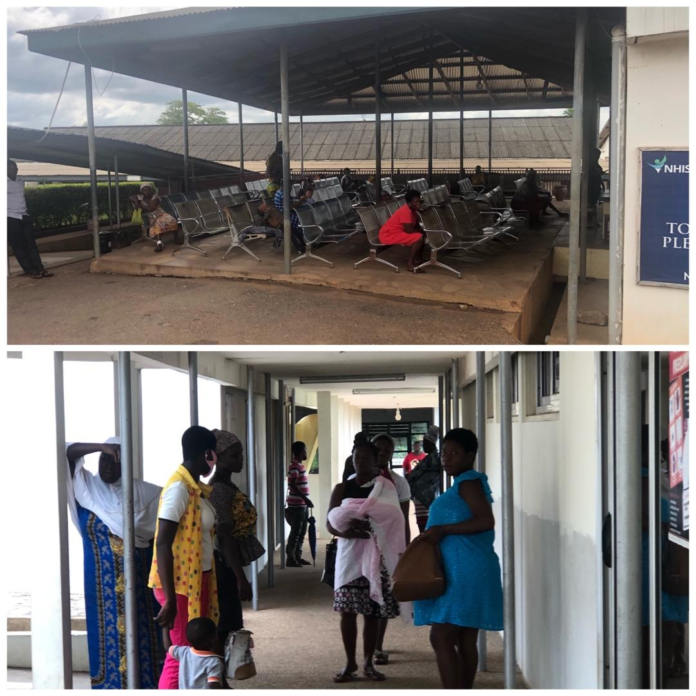 The strike action by nurses and midwives to demand for better conditions of service has compelled some Security Personnel and casual workers in some hospitals in the Cape Coast Metropolis to take up minor roles to support health care delivery.

Some security personnel were seen assuming some minor roles like ensuring COVID-19 protocols were observed while some casual workers also were engaged in calling out names of patients to the consulting rooms.

The Ghana Registered Nurses and Midwives Association (GRNMA) and its allied groups are demanding better conditions of service from the government and hope the strike action would compel the government to heed to their demands.

The Ghana News Agency visited the Cape Coast Teaching Hospital (CCTH) and other health facilities observed that, the doctors and specialists who were attending to the few patients at the emergency department took up the roles of nurses by doing weight and temperature checking before proceeding to their main duties.

The story was not different at the Ewim Poly Clinic, where there was low patient patronage with zero nurse attendance and few patients left to their fate at the premises.

A security personnel who pleaded anonymity, said “we have no other option than to assume certain responsibilities, but we can only do the minor ones”.

Consequently, he pleaded with government to meet the needs of the nurses so they could attend to humanity.

Mr. Adonu Victor, a patient who appeared distraught said he had been at the facility since morning but it appeared the services had been slow as he was in a short queue for quite a long time .

When told about the strike, he indicated that the role of nurses in health care was very vital and wondered how many lives could be lost in just few days if nothing was done about it.