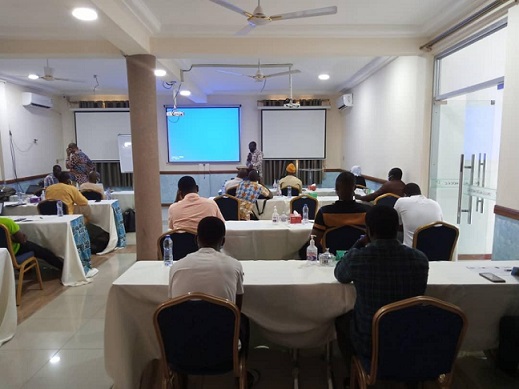 This, according to him, would contribute to an increase in the availability of quality seeds in the market, thereby, playing a key role in enhancing productivity of farmers.

The seed sector, described by Dr Issahaku as the sleeping giant in the agriculture sector has not experienced the expected growth trajectory and at the centre of the challenge according to him was the issue about the quality of seeds produced and sold to farmers.

“Farmers have not been served with the best of quality seeds over the years, which have created deep suspicion about the use of seeds”, he emphasized and attributed the challenge partly to the adulteration of seeds and poor policy regulation.

He said the decision by MOAP North West, the National Seed Trade Association of Ghana (NASTAG) and the Plant Protection and Regulatory Services Directorate (PPRSD) to collaborate in this direction, was not only timely but also revolutionary.

Dr Issahaku pointed out that the collaboration would also ensure a more strengthened PPRSD, which ensures the provision of much better regulatory oversight in the industry.

“Beyond this training, the partners are committing themselves to ensuring that rigorous monitoring is undertaken to guarantee a successful pilot of the scheme leading to a possible nationwide adoption in the years to come”, he said.

He noted that input dealers played an important role in the seed value chain and must play their role well to avoid contributing to the problems of the farmers.

“Let us give our farmers the best of services to ensure they benefit from their labour”, he encouraged.

Mr Michael Afranie, Assistant Director of Agriculture with the Plant Protection and Regulatory Services of the Ministry of Food Agriculture (MoFA) in the Northern Region urged seed dealers to understand that the seed they carry was a living thing and that if mishandled could affect its life.

He also urged them to adopt healthy practices such as routine cleaning and fumigation of the spaces in their shops to kill pathogens that could cause any infection.

Mr Afranie said the Plant and Fertilizer Act 2010 (Act 803) spelt out how the seed business should be conducted and urged the seed dealers to follow it while also cautioning that any breach of the Act would attract a penalty of not less than 200 penalty units or a prison term of up to two years or both.