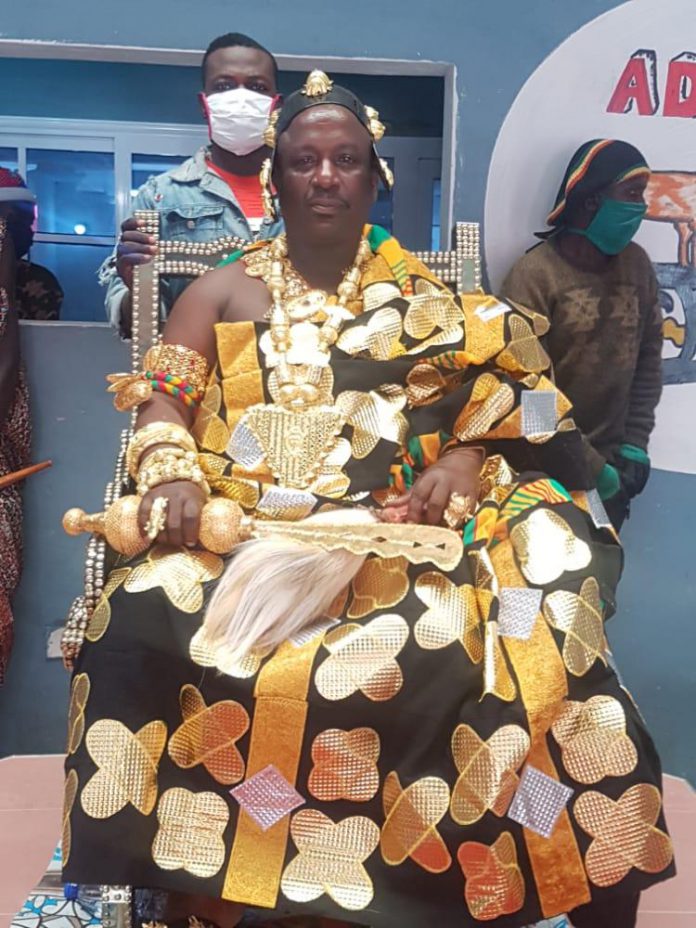 The Chief of Sefwi-Akotombra in the Western North Region, Nana Kwabena Bioh II, has called on President Akufo-Addo to reappoint Mr Amoah Yawson as District Chief Executive for Akontombra District for his excellent performance in his first term in office.

The Akontombra Chief who is also the Benkumhene of Sefwi- Wiawso Traditional Area, made the appeal during the annual Elluoluo festival held at Sefwi Akotombra.

The festivals was to thank the ancestors for their immense support and protection of the chiefs and people of the area for the entire year without any serious calamity.

Nana Bioh II indicated that, the cordial relationship between Mr Yawson and the Member of Parliament (MP) for Akontombra Constituency Mr Alex Tetteth have yielded fruitful results in the area.

He mentioned Education, Health, Roads, Portable Drinking water, Extension of Electricity, Sanitation, Business centres and employment for the youth as some of the projects and programmes they jointly executed in the area.

The chief pointed out that, the good relationship between the two political figures have also helped the residents of Akontombra to benefit from the numerous government policies and Programmes which include, One District, One Factory (1D1F), Livelihood Empowerment Against Poverty (LEAP), Nation’s Builders Corps (NABCO), Planting for Food & Jobs, Free Senior High School and Restoration of teacher trainee and nurse allowances.

Nana Bioh II, described Mr Yawson as a respectful, humble, affable, down to earth, hardworking and above all God fearing person who seeks unity among the people in the District.

He noted that the four year term period for Mr Yawson as the District Chief Executive had been a blessing to the people of Sefwi -Akotombra following his tremendous achievements, hence the need to retain him as DCE.

“The Chief and sub chiefs of Sefwi Akotombra are pleading with Nana Akufo-Addo to maintain Mr Yawson to serve as the DCE in his second term in government, so as to complete the ongoing projects in the District,” he added.

Ebenezer SHS appeals for the re-awarding of stalled school projects

Methodist Minister appeals to Ghanaians to sacrifice for national development