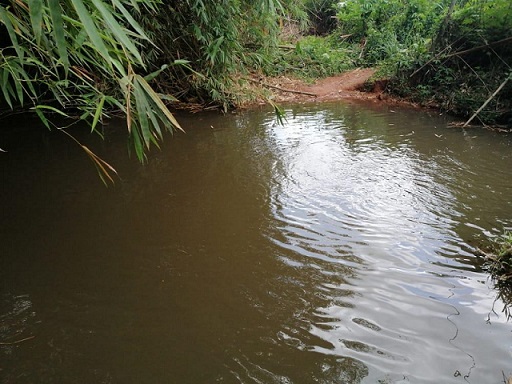 The chiefs and People of Sefwi Amoaya in the Bodi District of the Western North Region, have declared war against illegal mining along the banks of Sobre and Amoaya streams.

Addressing the media on the issue, Nana Kwasi Bukire XI, Chief of the area, emphasized that illegal mining was affecting farming and destroying water bodies in the area.

He said information gathered indicated that some illegal miners had come to survey the banks of the two streams with the intention to undertake illegal mining (galamsey) without the knowledge of the authorities.

According to him, the Sobre and Amoaya streams remained the only source of drinking water for the people.

“The people behind the proposed illegal mining should desist from their plans to mine in the two steams.

“We are not going to allow such an illegal activity to happen here,” he said.

“We are sending caution to those faceless people behind this proposed illegal mining to desist from their decision because we will fight with our last blood to prevent this activity,” he added.