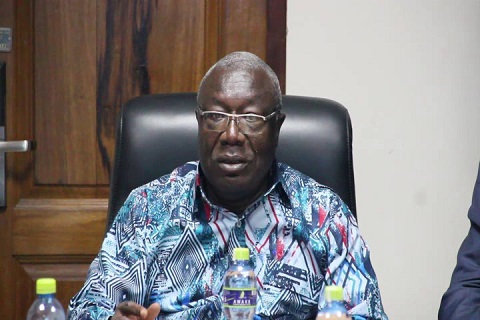 Some Polling station executives and electoral area coordinators of the New Patriotic Party (NPP) in the Waiwso Constituency have picked nomination forms for the incumbent Member of Parliament, Dr kwaku Afriyie to lead them in the December polls.

According to Mr Thomas Asante kwarteng, Sefwi- Asafo electoral area coordinator, they believed Dr Afriyie was the right person to maintain the seat for the NPP.

They promised to work hard to ensure the incumbent MP wins the primaries and subsequently win the parliamentary seat and increase the votes of the President to continue developing Sefwi-Wiawso and Western North Region.

He called on them to spread the good policies of President Nana Addo and the NPP.
Mr Micheal kwarteng, constiuency chairman asked aspirants to obey rules and regulations governing the conduct of the primaries.

Aspirants in the Region are to pay GH2000 bankers draft upon picking the forms and regional development levy of GH5000.