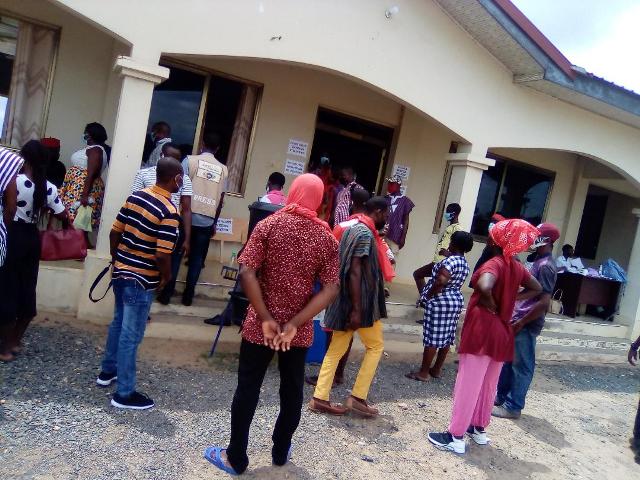 Some elected assembly members of the Ada West District Assembly on Tuesday appealed to the government to fix the protracted water challenges confronting the district.

Mr. Isaac Gbenartey, Assembly Member for Hwakpo Electoral Area said this at a press conference, organised by the group to attract the government’s attention to their plight

He said, water supply has become a major challenge to Ada West and Ningo–Prampram Districts for decades, “the situation now demands urgent attention as its implication within the Covid-19 era is devastating”.

Mr Gbenartey said, assembly members in the various communities in the Sege and other constituencies have made several efforts to liaise with the local water companies to resolve the issues of non-availability of water or limited supply for decades but to no avail.

“The District Chief Executive and the Member of Parliament for the Sege Constituency, together with other stakeholders are aware of the problem.

These political leaders have also put in their bits in that regard but the situation has remained unresolved”.

“We are calling on the government, the Greater Accra Regional Minister, the management of Community Water and Sanitation Agency, Traditional rulers to come to our aid and ensure that water is supplied to citizens within the Sege and other Districts,” he said.