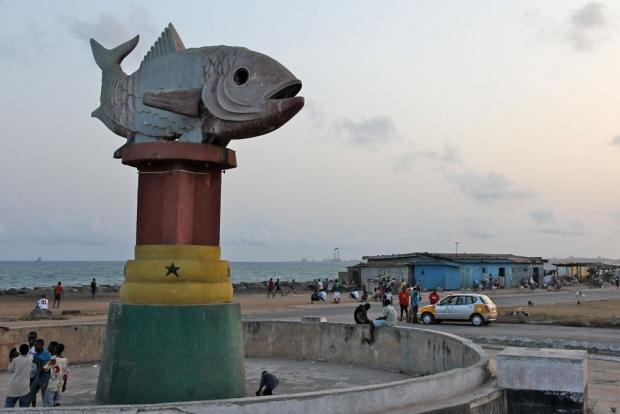 She said there was urgent need for capacity building initiatives to be intensified for the local people to enable them to reap some benefit from the production of oil in the region.

Dr. Badasu made the comments at a workshop by the Economy of Ghana Network (EGN) of the Institute of Statistical, Social and Economic Research (ISSER) on ?The emerging oil industry in Ghana: housing, living conditions, social dynamics in Takoradi?.

The workshop discussed findings from a study on the subject conducted by researchers from the CMS.

According to Dr. Badasu, who is also the Subject Matter Specialist: Population and Public Health, contrary to the expectations of the locals of the impact of the oil industry on Takoradi at the start of oil production, there had rather been negative impacts on the city.

There had been an influx of migrants from other regions of Ghana as well as from abroad into the Region. Findings of the study showed that this had driven up the prices of land, housing, as well as food and beverages in the Region.

She noted that if left unchecked, the situation could escalate and cause social tensions or force people to move out of the city, as was already the case with some people, who had moved to Cote d?Ivoire and commuted to work in Takoradi.

?That is a clue for us that something negative is happening and government has to act quickly,? she stated.

Although there were expectations of job creation in the Region owing to the production of oil, not many locals had been employed in the sector due to its technical nature. Respondents also agreed, almost unanimously, that oil production had not benefited their communities as they had hoped.

??the actual living conditions of the people has to be dealt with specially; they have to receive special attention because these people are competing with foreigners who are richer and have greater purchasing power in the market, ? she said.

She called on stakeholders and policy makers to collaborate with the local communities to find solutions to these problems both at the planning and implementation stages.

The study sought to assess the social impact of the oil industry on the flows of migrants into the oil city, the changes in land market transactions, access to housing and living costs. It used both qualitative and quantitative methods for data collected, in two phases. In the first phase, in-depth interviews on capacity building were conducted with institutions like SeaWorld, Jubilee Technical Training Centre and management of real estate agencies.

In the second phase, a survey was conducted with 320 households focusing on land, housing and costs of living.

Dr. Leander Kandilige, a lecturer at the CMS and researcher on the project, said perceptions that the industry had not been beneficial to the communities so far meant that policy makers had to design intentional policies that will create linkages between the sector and other related sectors.

He said policy interventions at this early stage of the industry will help to shape it so that communities benefit from it and also help avoid the ?resource curse? as is the case in the Niger Delta in Nigeria and in other oil producing countries.