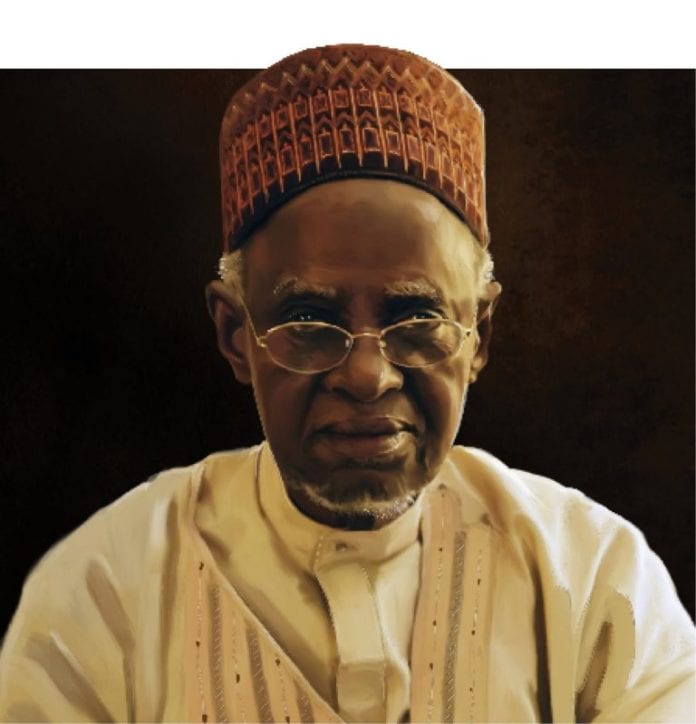 The South Eastern Muslims Organization of Nigeria (SEMON), on behalf of Ndigbo Muslims of Nigeria, has joined millions of Nigerian compatriots and other nationalities to condole the federal government of Nigeria, the Sokoto state administration and the Shagari’s family over the death of the former democratic President of Nigeria, Alhaji Shehu Shagari who died in Abuja hospital end of last year.

SEMON in a release signed by Muhammad Obiahu Ajah Jr, FCIA National Chairman and Farouk Onyedikachi Abugu, the National PRO, and copied to Newsghana.com.gh, described the death as a monumental loss to the nation and democracy, owing to the fact that the late Shagari’s wealth of democratic experiences was still required as a source of strength in the continuous push to fix Nigeria.

The late Shagari, SEMON maintained, was a colossal front for Nigeria’s democracy and a backbone for the success of many Nigerian patriots, especially the youths, in entrenching and stabilizing democratic norms and culture in the country.

The national chairman and public relations officer of SEMON, Muhammad Obiahu Ajah Jr. and Farouk Onyedikachi Abugu, respectively in a statement in Abuja, urged both the President Buhari’s federal government and Rt. Hon. Tambuwal’s state government to immortalize the great leader whose service to the nation was remarkable and far-reaching.

They commended the practical re-union of the Buhari’s and Shagari’s families who would often recall the military events of 1984, asking them to take past happenings as the struggle for national goodness and direction. They lauded Shagari’s magnanimity to forgive all his offenders before his death, an act that is a very fundamental teaching in Islam.

Ajah and Abugu described late President Shagari’s regime as the actual beginning of Nigeria’s democratic experiment, a foundation that was restored back in 1999 after successive military juntas in the bid to keep Nigeria together and united. They appealed the federal and Sokoto state governments to name big institutions and establishments after Shagari.

“He lived a worthy life. The death of great men is felt by men of substance. Nigerians all over will miss him. He was incorruptible just like President Muhammadu Buhari. He tried his best to develop Nigeria. We pray to Allah to forgive his shortcomings and grant him Jannatul-Firdaus. We also pray for Allah’s guidance for his family and entire members of the Muslim Ummah of Nigeria”.