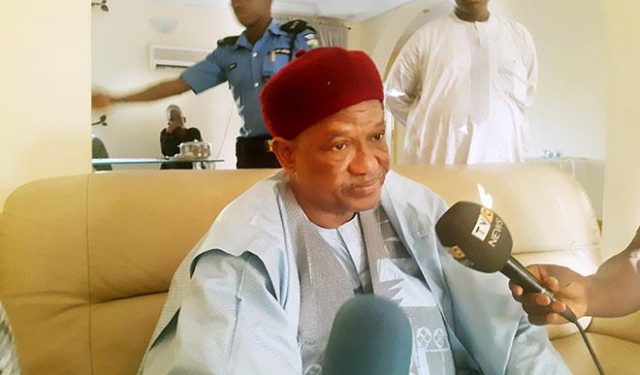 The fabricated news story making round in the social media alleging that the Senator representing Yobe East Senatorial District in the National Assembly, Senator Bukar Abba Ibrahim was involved in a sex scandal is a compendium of lies, hatred, character assasination and fraudulent news reportage whose collaborators are sons and daughters of Satan.

Any objective mind who read the story and watched the fabricated video will surely establish the fact that the video is a product of sophisticated lies manufactured by a media laboratary technology some where in Lagos in partnership with the political enemies of Senator Bukar Abba Ibrahim. The failed goal is to discredit and destroy the impeccable character and the unstoppable rising profile of the Yobe born Senator.

For those who do not know about the Senator and would want to destroy his hard-earned reputation for politics of opponent-destruction, the man Senator Bukar Abba Ibrahim is not like any of these easy-found and morally debased politicians we have out there, but a statesman par excellence, an administrator of the highest order and a leader whose political impeccability cannot be questioned by all standards because he is morality personified.

At 67, Senator Bukar Abba has seen it all and would not do anything contrary to tarnish his reputation at this age because an old man does not learn new tricks at old age!

Therefore, as a civil servant who rose to become Permanent Secretary and later Commissioner whose moral compass and developmental achievements in Yobe State endeared him to the heart and soul of his people who elected him as their governor for the first time in 1992 and is still one of the four longest-served governors in Nigeria before becoming a Senator, the question the sponsors of the blackmailling news report should have asked before embarking on the image destruction project is, ‘would Nigerians believe our concoction and lies?’

It is only in a country like Nigeria where there is no regard and respect for the elders and statesmen that a group of disgruntled elements with mercantile interest would wake up to scandalise an old man whose public and private lives are impeccable and satisfactory.

For the records, the political comtemporaries of Senator Bukar Abba Ibrahim who became governor at the same time in 1992 were fomer governor Olusegun Osoba of Ogun State, former governor Jolly Nyame of Taraba State and fomer governor Abubakar  Audu of Kogi State who died in 2015.

That Senator Bukar Abba who served as governor for three times and has being in the National Assembly as Senator representing Yobe East Senatorial District is still active and relevant in Nigerian political scene is because of his clean track records in office, impeccable and scandal-free public and private lives.

So, if the Senator whom many across the country regards as role model was not involved in any form of scandal during his youthful age when he had all the strength and attractiveness, is it now that he is an elder, grand father and statesman that he would learn new tricks? Does the fake news report make any logical sense?

For goodness sake, what will it profit the sponsors of the fake news report who because of the permutation and calculation for 2019 elections are destroying the reputation of this elder statesman?

Have they forgotten that power belongs to God?

No matter what anybody thinks or do, Senator Bukar Abba Ibrahim remains a great leader and would forever be one until the day the Almighty Allah calls him. 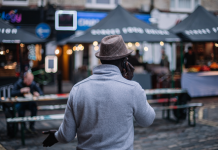