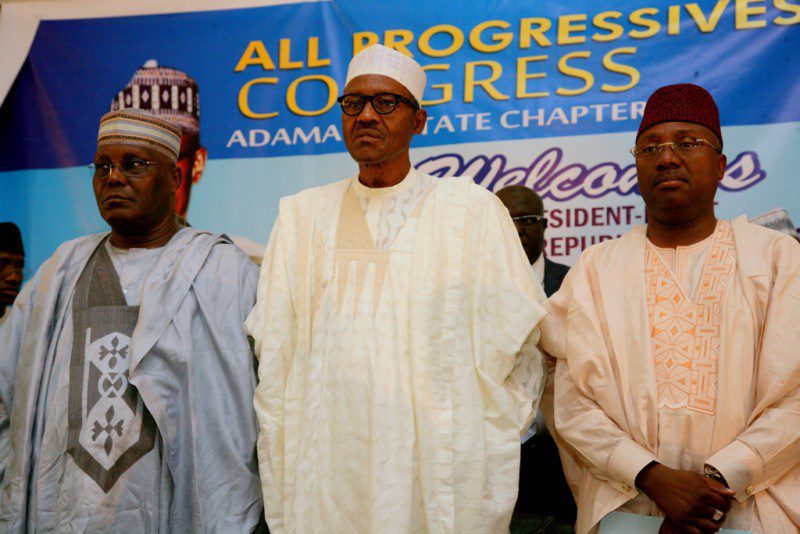 The Anambra State Governor-elect, Senator Mohammed? Umaru? Jibrilla, and 11?National Assembly members-elect from the state on Friday ?received certificates of return from the Independent National Electoral Commission, with a charge not to disappoint the electorate.
The state supervising National Commissioner of INEC, Engr. Nuru A. Yakubu ,who presented the certificates,reminded them that power belongs to God who gives to whom He wills.
Yakubu described them as part of ?the wind of change that is blowing across the country, and ?that a lot?is expected of them by their people, at the executive and legislative levels of government.
The supervising commissioner assured Nigerians that INEC has changed significantly over the last four and half years under the leadership of its chairman, Professor Attahiru Mohammed Jega.
He said: ?With the gradual use of technology and reform of the electoral process, commitment to the rule of law, steadfastness and focus,we have now reached a level where we can say your votes have not only been counted but that they also count.?
Yakubu said further: ? The confidence that Nigerians have reposed in INEC must also be grown. The impact of the conduct of the elections continues to reverberate within and beyond our borders.?
He said the commission was delighted with the commendations it received from many countries and organizations about the feats recorded in the last elections.
? Our embassy officials now hold their heads up with pride throughout the democratic world,? Yakubu noted.
Senator Jibrilla lauded INEC for improvement recorded in the last elections? and appealed to the public to accord those elected the needed support to succeed.