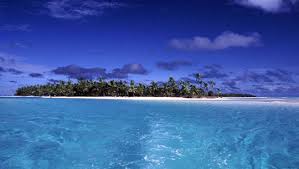 With increasing excessive urbanization of Dakar’s coastal zones, activists from a local civil society have decided to try to preserve some of the remaining natural coastal zones near Senegalese capital’s Mamelles neighborhood.

Situated on a peninsula, Dakar is surrounded by the Atlantic ocean on three sides, which allow the most western city on African continent to have many beaches. But most of them have already been privatized by individuals and companies for exploitation.

Maguette Dieng, owner of a seaside restaurant, said he wanted to set up a green garden and turn the neighborhood back to what he remembered. “Mamelles and everything here was just a big forest with huge trees, before everything was destroyed by hotel projects and roadworks,” he said.

Since June this year, a dozen volunteers have been coming to build a public park near the historical Mamelles Lighthouse. The local authorities gave them the permission to use a piece of land stuck between various infrastructure projects.

“The idea is to make a community garden, we call everyone to come and plant, so that people come and plant fruits, vegetables, medicinal trees, and protect this place,” Dieng explained, adding that it would be “a garden for everyone where people can come with family and plant on Sundays.”

According to him, the project is funded by the local community and donations. People can either plant a plant or a tree, or just leave it for another volunteer to plant. Water, tools and fertilizers are offered by volunteers. A local NGO Nebeday has already brought some trees to the garden.

The small team has already planted more than 50 plants and plans to continue until the land is completely green. They also plan to put some benches for people to rest on before going to the beach nearby.

Volunteers may come any day of the week to take care of the garden. But most of them gather on Sundays to arrange the plants and see how they grow. With the rain season coming in just a few weeks, volunteers are saying that they will take precautions to make sure trees are safe.

“What attracts me to the idea is that each of us can give our time and do community activities. It seems useful to me,” Youssoupha Ndao, a volunteer said.

“Also, it’s something for me to do on weekend, so that I can be outside, even though it’s not so easy with the heat at this hour”, he added.

Recently, Senegalese government and local media are raising awareness of protecting the remaining coastal zones in Dakar. A law bill is being drafted to limit destruction of beaches and green spaces along Dakar’s seaside avenue Corniche.