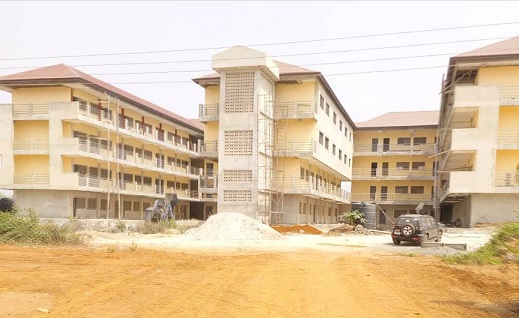 Mr. Fogah Nukunu, a former Assembly Member in the Ketu South Municipality is appealing to stakeholders to hasten efforts to provide the border community of Aflao with a senior high school (SHS).

He said although Aflao ranked second to Ho in Basic school enrollments, the nation’s busiest border town and which is located within one of the most populous Constituencies, has no high school.

The former Assembly member told the Ghana News Agency (GNA) in an interview that the lack of the crucial institution affected youth development in the area, as distance from schools in other towns became an excuse for the neglect of post-basic education.

He said attempts to establish a SHS in the past had suffered, and alleged that a “criminal tag synonymous with all border communities” help establish claims that the area could not host a Senior High School.

Mr Nukunu said the first ever endeavour was made years ago at Aflao Sepenukorpe and which attracted some volunteer teachers, but sooner, the school had to be moved from its first site at Duta, due to the distance from the majority of student population, and a three-unit classroom block and a two-story building there were abandoned.

The school then prospered at Avoeme under the headship of one Mr. S Seshie and its popularity grew.
Students had progressed to the final year class, but the school had not been absorbed into the public education system and was thus disqualified from registering for regular SSSCE/WASSCE Exams.

“The status of the school and students hanged in the balance albeit its popularity. In fact, friends wanting to tease any Aflao native sarcastically called him or her AFLASCO. Sadly, there is nothing existing today as AFLASCO,” Mr Nukunu said.

He said work was ongoing on an E-block in the area meant for a senior high school, and appealed to the Government to hasten work on the project as it remained the surest sighting of the much awaited pre-tertiary institution.

“It is refreshing to note that the E-Block meant for the brand new Senior High School in Aflao is coming up slow but sure. We can only be grateful to John Mahama and Fifi Kwetey for the vision to give Aflao a school.

“I cannot leave the current government out this is because the decision to continue executing projects of previous governments is a good one. It agrees with the Directive Principles of State Policy,” the former Assembly member stated.

He said a major SHS would aid rapid development of Aflao, and listed the numerous benefits that would come in row.

“The road linking the school to the community would be upgraded and there would be no flooding on the Komla Dumor Road. Telecommunication networks would also extend their services to the area,” Mr Nukunu said.

He added that although the ongoing E-Block was meant for a community day school a boarding facility needed to be considered, and also asked stakeholders to ensure that technical and vocational courses were included; in the programme lin-eup towards helping promote skill training in the country.

“The location of the school is strategic. It has the potential of opening up Aflao. In the next academic year, let the Aflao Senior High School open.

Mr Eliot Agbenorwu, Municipal Chief Executive of the area told GNA that work on the e-block was a priority and progressed rapidly, and assured that the senior high school would be ready soon.

He also added to calls to provide a boarding facility, asking that the pleas were considered and the necessary adjustments made on time.