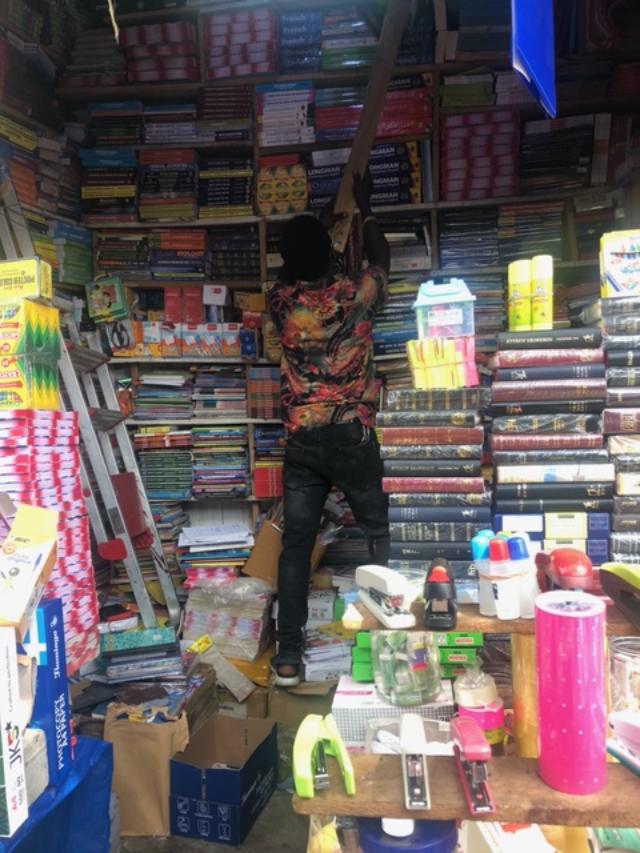 Lieutenant Colonel Richard Danso Nimako, a senior officer of the Ghana Armed Forces, has launched a book titled: “Steps for the Progress of the Black Race: Guide for Black Man’s Redemption,” in Accra.

The 288-paged book seeks to inspire change towards building a progressive behaviour of the black race.

Made up of seven chapters, the book discusses the progess of the black race through inventions, biographies and achievements of some prominent personalities of African descent and those on the continent.

It also talked about the golden era of the black race and how historic trajectories had disfavoured the race.

Speaking at the launch, Lt. Col. Nimako said that the black race must learn to strive for excellence through hardwork and “we must avoid internal wrangling, unhealthy competitions among ourselves and the ‘pull him down’ practices”.

“The solution for our rejection by other race does not lie in doing demonstrations, but working harder to get those who do not accept us to eat the humble pie” he said.

Behavioural change, he said was key to success of African countries as same things could not be done with the expectation of different results.

He also said that imbibing a sense of patriotism was very crucial for the success of the continent and for that matter, called on governments to introduce patriotism as a discipline of study in academic institutions.

A High Court Judge, Justice Alexander Osei Tutu, who chaired the event, said the book was endowed with great ideas and gave a vivid picture of episodes in the life of influential personalities of black origin.

“In a fascinating manner, the writer infuses into his deep invaluable research about the history of the black man with his rich experience garnered across the globe during his extensive travels,” he noted.

Mr Charles Boakye Nimako, Director of US based Africa Initiatives for Safe Water Network, who launched the book, said the write ups were inspirational.

The Chief of Defence Staff, Vice Admiral Seth Amoama, was among dignataries present at the occasion.

The author was commissioned into the Ghana Army’s Corps of Infantry on September 5, 2003.

Since then, he has been deployed to various capacities, including an instructor, Ghana Military Academy; Aide de Camp to the Chief of the Defence Staff and also a Staff Officer at the Army Headquarters, all in Accra.

He attended the Anyinam Presbytarian Primary School for his elementary education before proceeding to the New Juaben Secondary Commercial School in Koforidua, where he obtained his General Certificate of Education, Ordinary and Advanced levels in 1992 and 1994, respectively.

As a bilingual, he has an advanced diploma in French from the Institute Francais in Kinshasa, D.R. Congo, as well as STANAG in the French language from the French War College Language Centre in Paris, France.