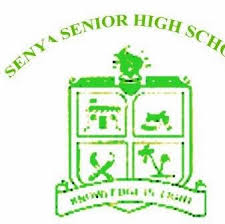 The absence of staff accommodation at Senya Senior High School (SENSEC), Central Region, has forced many Teachers to spend about one-third of their monthly salary on transportation.

On an average, teachers who board commercial vehicles (trotro) spend between GHS560 and GHS1,000 on transportation, monthly, while those who use their vehicles spend about GHS2,000 of fuel, every month.

Some teachers have even stopped using their vehicles to school due to the recent increment in fuel prices.

With a student population of over 1,000, the school, which is more than thirty years old, only accommodate a skeletal number of Management Staff, including the Headmaster, and his Assistants, and Senior House Master on campus.

Some teachers have managed to rent apartments in town, but it is far from the school, as the area where the school is located is now seeing some infrastructure development.

This has forced many Teachers to commute from places like Winneba, Kasoa, and Accra, to teach daily, leaving them with no other choice to spend a larger part of their salaries on transportation.

Some teachers, who spoke the Ghana News Agency on anonymity said that the situation has also been affecting their health, they often leave home early, especially on days they have to teach at 0730 hours. The disciplining of students has also become difficult.

Sharing his experience with GNA one of the teachers said: “In terms of commuting, financially, [not having staff accommodation on campus] it’s having a toll on us because we spend a lot on transportation and fuel.”

“If you have a first period, you need to leave quite early in the house, sometimes, 5:30am, which also has some health implications for us, and it’s difficult getting accommodation. Personally, I have gone round, and not even gotten one.”

The teacher noted that: “If there’s an accommodation on campus, apart from its effects on teachers, it will also have effect on the student population in terms of discipline.”

Mr Ebenezer Nana Wilson, Headmaster, SENSEC, said that not having staff accommodation was a major challenge facing the school, noting that having such facility would go a long way “in monitoring and disciplining the students.”

He appealed to old students, benevolent individuals and organisations, and the Government to come to the aid of the school by completing a six-unit self-contained apartment, which was started by the Parent-Teacher Association of the school.

The project, which started in 2016, was halted following the suspension of PTA dues in all public senior high schools (SHSs) and technical/vocational institutions (TVETs) in 2019 by the Government, the source of funding for the project.

The Ghana Education Service (GES) explained that the move was to ensure that it streamlined and reviewed such levies, used to support schools in the payment of utilities (electricity and water), textbooks, and building infrastructure.

Accommodation problems in Huni-Valley SHS to be addressed

Is this the “Ahotor” you’re promising NDC? – Duffour asked as EIB staff cry for salaries