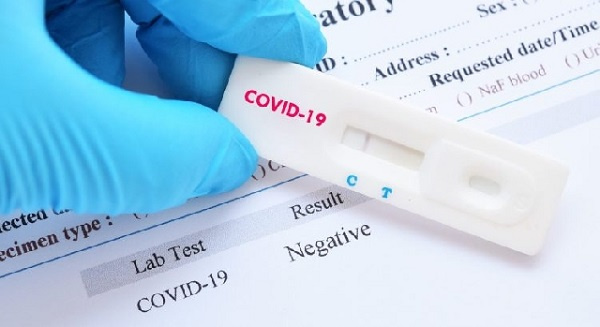 Many novel Coronavirus (SARS-CoV-2) patients have died of a condition described as Sepsis, which is a life-threatening organ dysfunction caused by the body’s immune system overreacting in response to an infection.
This overactive, toxic response can lead to tissue damage, multiple organ failure and death.

A comprehensive study on the frequency of sepsis and sepsis deaths was published in The Lancet in January 2020. Nearly a quarter of all deaths worldwide are attributable to sepsis every year, according to the study.

At least two million Sepsis deaths are estimated to occur in Africa annually, according to the study.

Sepsis is the third biggest cause of maternal mortality, accounting for 11 per cent of global cases with types ranging from HIV, TB, neonatal and puerperal sepsis. Data on WHO website is largely silent on Sepsis.

There are limited reports on the epidemiology, management and outcomes of sepsis syndromes from Africa with knowledge about sepsis prevention and early detection skewed.

According to a WHO February source, persons with cardiovascular diseases constitute 13.2 per cent, diabetes 9.2 per cent, high blood pressure 8.4 per cent, chronic respiratory disease 8 per cent and cancer 7.6 per cent of all cases of sepsis.

Dr Emily Boakye-Yiadom, Microbiologist and Laboratory Physician at the Ho Teaching Hospital (HTH) recommends that all healthcare workers to suspect and rule out COVID-19 in patients presenting with sepsis even though it is a common condition often managed in environment as they could co-exist.

“This is important as global data show that a significant number of COVID-19 die of sepsis.’’

Dr John Tampuori, Acting Chief Executive Officer of HTH describes Covid-19 as an ‘opportunistic’ disease that could be triggered by a variety of pathogens, viruses, bacteria, fungi and parasites.

He said science is now trying to understand the behavior of the virus as it shows lots of mutation along its pathway believing that landing a cure would be a matter of time.

How does sepsis occur?

In addition to the known seasonal influenza viruses, other viruses that are highly infectious, such as coronaviruses, Ebola and yellow fever viruses, dengue, swine flu or bird flu viruses can also cause sepsis.

In addition to the typical signs of infection, there are several stand out symptoms that usually indicate possible sepsis — for example, a drop in blood pressure with a simultaneous rise in heart rate, fever, rapid, heavy breathing, an unusually strong feeling of illness and sudden confusion.

Septic shock is the most severe stage and is diagnosed, when your blood pressure drops to dangerous levels. In the event of such alarm signals, emergency care are to be sought immediately.

How is sepsis treated?

Although sepsis is common in hospitals, it’s often detected very late. When diagnosed, sepsis is immediately treated as an emergency. The blood is examined, a broad-spectrum antibiotic is administered, and sufficient blood circulation and ventilation are ensured.

As a precautionary measure, some severe sepsis patients are put into an artificial coma.
Ventilation equipment and/or circulatory therapy, kidney replacement therapy or coagulation therapy are used to support the patient’s organs in particular.

Such an intensive care treatment is highly complex and costly. In the US alone, around 24 billion dollars (€21.5 billion) are spent annually in hospitals for sepsis treatment.

In half of the patients, sepsis occurs without serious consequences. In the other half kidney failure or cardiovascular problems persist.

In addition, many sepsis patients suffer severe, long-term functional, cognitive or psychological consequences such as paralysis, depression or anxiety disorders.

It is therefore of central importance that sepsis is prevented if possible or diagnosed as early as possible. The earlier the disease is diagnosed, the higher the chances of survival and therapy.

Is there relationship between Sepsis and COVID-19

While majority of individuals affected by COVID-19 will not develop life-threatening sepsis, the global threat posed by the disease does underpin the need for all citizens and healthcare workers to ensure they are familiar with the early signs of sepsis and appreciate that sepsis can be caused by a multitude of infections, such as this novel coronavirus.

Differences between Influenza and COVID-19

Influenza has a shorter incubation period 5-6 days than COVID-19 manifesting in three days.

The reproduction number-the number of secondary infection generated from one infected individual is understood to be between 2-2.5 for COVID-19 cases but higher than that for influenza.

COVID-19 initial data indicates that children are less affected than adults and that clinical attack rates in the 0-9 ages group are highly low.

Treatment and vaccines are being sought with urgency, but are likely to be available within the year or next year.
Researchers have found a promising approach to understanding the SARS-CoV-2 virus by using the Bessy II data to decode the 3D architecture of the main protease of the disease, which could accelerate drug development.

In the meantime, all individuals are entreated to focus on the basic protective measures recommended by the WHO-handwashing, maintaining social distancing, avoiding touching one’s face, practicing proper respiratory hygiene, staying at home if feeling unwell, and obtaining prompt medical care if the triad of fever, cough and breathing difficulty develops.

WHO information is that coronavirus could be spread airborne with the persistence of the disease on surfaces are steel-48 hours, glass and wood-four days, paper 4-5 days and plastic also five days.

There’s greater responsibility on all to be alert and refuse to be confounded by sepsis, COVID-19 and the likes. Stay safe. Stay alive.