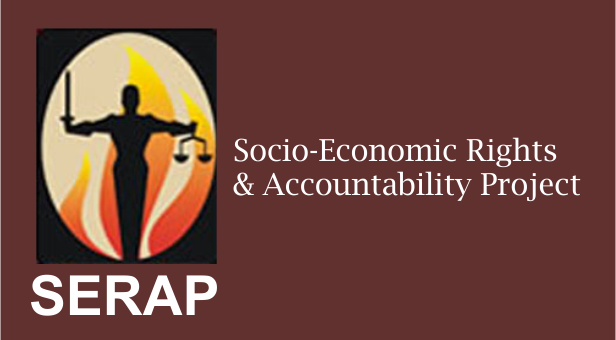 Socio-Economic Rights and Accountability Project (SERAP) has sent an open letter to President Donald Trump requesting him to demand from President Muhammadu Buhari during his meeting with him this week “a comprehensive looters’ list and to exercise your constitutional powers under the Presidential Proclamation 7750 to instruct the US Secretary of State to temporarily ban those named on the list and their family members from entering the US, pending the final determination of the cases against them.”

The organization also urged President Trump to “use Presidential Proclamation 7750 to ban those indicted for allegedly stealing some public funds $2bn to buy 12 helicopters, four fighter jets and ammunition meant for the fight against the terrorist group Boko Haram. The imposition of temporary travel bans on senior public officials and others complicit in grand corruption is a preventive and not punitive measure.”

Presidential Proclamation of 2004 allows the US Department of State to deny visas to corrupt foreign officials, their families and friends.

In the letter dated 29 April 2018 and signed by SERAP executive director Adetokunbo Mumuni the organization said: “Applying the Presidential Proclamation 7750 would be very helpful to Nigeria’s efforts to fight grand corruption and end entrenched culture of impunity of perpetrators in the country. It would also facilitate equivalent visa bans in other globally desirable locations as well. Limiting the abilities of suspected kleptocrats, their families, and friends to enter the US and enjoy their loot abroad will provide a significant crimp in their lifestyles.”

According to SERAP, “Imposing targeted anticorruption sanctions against those accused of grand corruption in Nigeria would help to deter corrupt behaviour by high-ranking public officials. Such sanctions would not violate due process and presumption of innocence principles, if the reasons for the sanctions are communicated to those that may be affected. Also, the cases of those found not guilty of corruption can be revisited, since the proposed travel suspension would be temporary until the final determination of their cases.”

The organization said Trump should “apply the Presidential Proclamation 7750 as an instrument of foreign policy to promote targeted anti-corruption sanctions in Nigeria, just as the US has for many years applied targeted sanctions, including imposing travel restrictions on or freezing the assets of those accused of terrorism. Our request meets the requirements of Proclamation 7750 because grand corruption in Nigeria including the alleged stealing of public funds meant to fight Boko Haram, has had serious adverse effects on U.S. foreign assistance goals in the country and undermined the stability of democratic institutions.”

The letter read in part: “Proactive initiatives to combat global corruption have always been in the best long-term interests of the US. Therefore, your application of targeted anti-corruption sanctions would reaffirm US commitments to the global fight against corruption, help to supplement Nigeria’s criminal justice system, and be entirely consistent with the US obligations under the UN Convention against Corruption. Nigeria has also ratified the Convention. SERAP believes that pervasive corruption is at the heart of the insecurity, under-development and extreme poverty in the country.”

“SERAP hopes that you will exercise your constitutional powers to promote transparency and accountability and reduce corruption in Nigeria. Presidential Proclamation 7750 of January 12, 2004 underscores the importance of legitimate and transparent public institutions to world stability, peace, and development.”

“The Proclamation notes the serious negative effects that corruption in countries like Nigeria has on the United States efforts to promote security and to strengthen democratic institutions and free market systems and reiterates the importance to the United States and the international community of fighting corruption.”

“Significantly, Proclamation 7750 underscores that it is in the interests of the United States to act to restrict the international travel and to suspend the entry into the United States, as immigrants or non-immigrants, of certain persons who have committed, participated in, or are beneficiaries of corruption in the performance of public functions. Section 5 provides that, ‘Nothing in this proclamation shall be construed to derogate from United States Government obligations under applicable international agreements.’”

“SERAP notes that Presidential Proclamation was made pursuant to the Constitution and the laws of the US, including section 212(f) of the Immigration and Nationality Act of 1952. Section 1 allows suspension of the entry into the US, as immigrants or non-immigrants of public officials or former public officials accused of grand corruption, which has or had serious adverse effects on the national interests of the United States. It also covers the family members and friends of such public officials who are beneficiaries of the proceeds of corruption.”

“But the publication of the recoveries failed to disclose the names of high-level public officials, politicians and others from whom the funds were discovered. Consequently, in July 2017 Hon Justice Hadiza Rabiu Shagari following a Freedom of Information suit number: FHC/CS/964/2016 ordered the Nigerian government to widely disseminate including on a dedicated website information about the names of high ranking public officials from whom public funds were recovered since May 2015 and to disclose the circumstances under which funds were returned.”

“The Attorney General of the Federation and Minister of Justice Mr Abubakar Malami SAN publicly said that government agreed with the ruling and would carry out the order. However, the Nigerian government only recently published alleged looters’ list. Even then, the list is not comprehensive and would appear lopsided.”