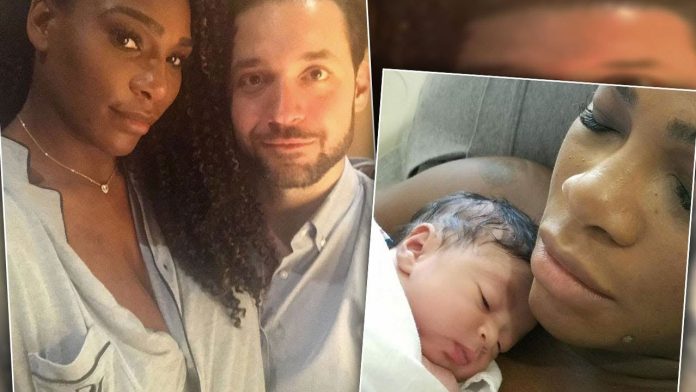 Tennis star Serena Williams posted an intimate photo of her snuggling with her firstborn child on Instagram on Wednesday, 12 days after the baby girl was born in the US state of Florida.

“Meet Alexis Olympia Ohanian Jr,” said the caption of the close-up photo showing the 35-year-old mother holding her baby under her chin.

Williams also posted several short videos recording her pregnancy, including ultrasound images, clips of her playing tennis with a swollen belly and pictures of the nursery and cot.

Williams, the winner of 23 grand slam tennis titles, including this year’s Australian Open, revealed her pregnancy on Snapchat in April. The former WTA number one vowed to make a comeback to tennis in 2018.

Pop star Beyonce and men’s tennis champion Rafael Nadal were amongst the first to congratulate Williams on giving birth on September 1.

Williams is engaged to Reddit co-founder Alexis Ohanian. The couple have been together since 2015.