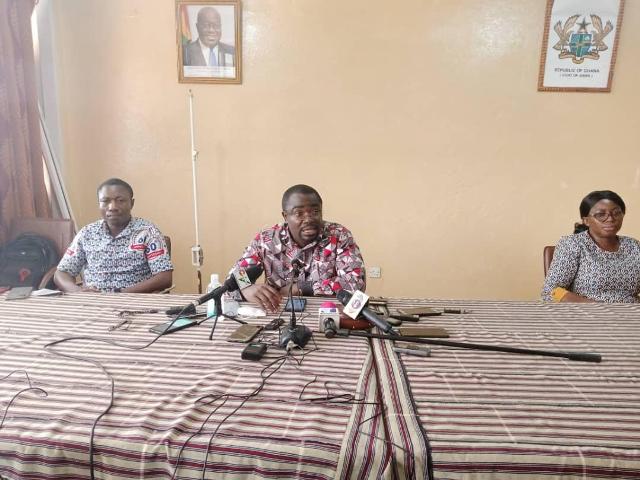 Serotype X; a rare subtype of Nesseria meningitides is said to be responsible for about 70 per cent of the Cerebral Spinal Meningitis (CSM) related deaths in the Upper West Region.

Regional health authorities are worried as the disease has already claimed 37 lives in 13 weeks from 62 confirmed cases out of 247 suspected cases.

Dr Osei Afreh Kuffuor, the Upper West Regional Director of Health Services in his second risk communication meeting with the media, noted that what was more worrying was that there was no known vaccine for serotype X worldwide.

“People are asking why they are not being vaccinated; the reason is that there is no vaccine for serotype X, which is causing the problem now in the region,” he said.

“Serotype X is as rare as COVID-19; meaning in our Region we are being attacked by two rare organisms with similar mode of transmission which is making the fight very difficult because of the stigma associated with COVID-19,” he pointed out.

The Regional Director of Health Services noted that until now, subtype A had always been causing the meningitis problem in the Region alongside subtype W135.

Dr Kuffuor noted that in 2012, there was however a mass vaccination for subtype A which brought to a halt the outbreak of the disease in the Region for a few years before the emergence of the new serotype X.

He noted, however, that, ceftriaoxone, the medicine for treatment have always been in stock before the outbreak but was quick to add that most of the deaths occurred as a result of delay in reporting to health facilities.

Dr Kuffuor indicated that since the outbreak, the Region had maintained constant touch with the Ghana Health Service (GHS) and the World Health Organisation (WHO) through which they were able to secure 7,500 vials of ceftriaoxone from Greece.

He added that in addition to donations from former President John Dramani Mahama and Hajia Humu, the New Patriotic Party (NPP) 2020 Parliamentary Candidate for Wa Central Constituency, the Region now boasts of over 8,000 vials in stock.

The stock of medicines, he said was enough to last the Region for two years if people adhere to the safety measures being preached on daily bases through the media and the use of information vans.

On COVID-19, he disclosed that apart from the one confirmed case, there were also 55 suspected cases out of which 32 samples were taken and sent for testing, adding that the Region would soon commence mass testing for more than 2,000 people who came into the Region through various routes.

The northern part of Ghana falls within the Africa meningitis belt comprising 26 countries spanning from Senegal on the West and Ethiopia on the East.

More than 30,000 cases of meningitis is said to be recorded along the belt annually.