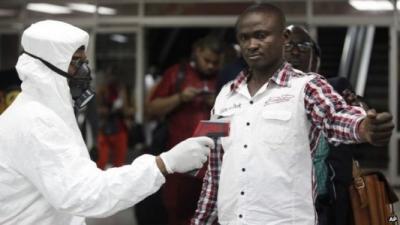 It was to update on EVD and Cholera outbreak and response measures in the Region.
He said in Ghana 70 suspected Ebola cases have been recorded so far and all proved negative.
Dr Issah advised health workers and stakeholders to ensure they provided the general public with authentic information which is evidence based in order not to create fear and panic, adding ?We have suspected, probable and confirmed cases on ebola?.
He pointed out that Ebola outbreak occurs mostly in the tropical rain forest region and according to the World Health Organization (WHO) it will take about nine months to bring the situation under control.
On measures to check Ebola in the region, Dr Issah said Ebola Response Team has been constituted and waiting for formal training by a team from the WHO.
Others are meetings with the Health Management Teams in the Municipalities and Districts and the Brong Ahafo Regional Coordinating Council on EVD response and the establishment of surveillance systems made up of volunteers at the campuses of three tertiary institutions in the Region to report signs and symptoms of suspected cases to the Regional Health Directorate.
The institutions are, Catholic University College of Ghana (CUCG) at Fiapre, University of Energy and Natural Resources (UERN) in Sunyani and Sunyani Polytechnic.
The rest are routine briefing for the mass media and stakeholders, electronic media discussions, distribution of leaflets, posters and other educational materials.
Dr Issah urged the Ghana Education Service (GES) to sensitize teachers and other stakeholders in education before schools re-open to be abreast with the signs and symptoms of Ebola and Cholera.
He stressed the need for health professionals and workers to be constantly alert not only on Ebola and Cholera but other diseases in the communities.
Dr Issah pointed out that the measures being instituted nation-wide are not only for Ebola and Cholera but to ensure health systems are maintained for other diseases.
?Outbreak of diseases occurs through weak health systems, while strong health systems prevent the outbreak of diseases,? he added.
On Cholera, Dr Issah said the cases have increased from five in the beginning of August to 31 and one death in nine Municipal and Districts in the Region by the end of the month.
Atebubu-Amanten District recorded eight cases, Nkoranza South Municipal and Techiman Municipal seven cases each, while three cases and one death was recorded in Asutifi South District.
Sunyani East Municipal, Berekum Municipal, Asunafo North Municipal, Wenchi Municipal, Nkoranza North, and Techiman North District recorded one case each.
Dr Issah pointed out that in tackling diseases, stakeholders should watch human behaviour and cited a case in which a Cholera patient travelled from Cape Coast to Berekum and finally ended at Asunafo North Municipality.