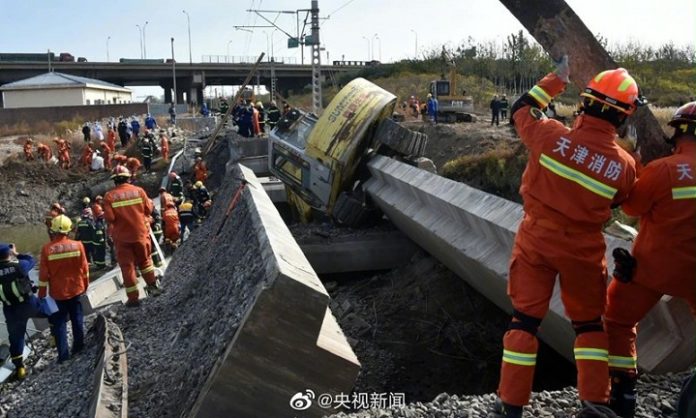 Seven railway workers were killed and five injured on Sunday when a railway bridge collapsed in the northern Chinese port city of Tianjin, state media report.

The 39-metre-long bridge over a river in the Binhai New Area, part of the Tianjin Nanhuan Railway, gave way during maintenance work at around 9 am (0100 GMT) on Sunday, according to state broadcaster CCTV.
Preliminary rescue work concluded later that evening.

Those responsible for the work site have been placed under administrative control by police while an investigation is ongoing, CCTV reports.