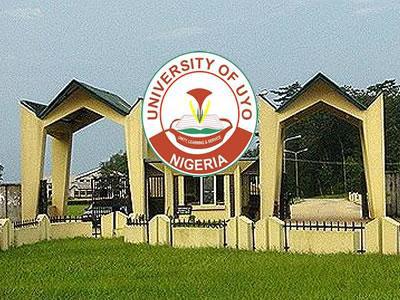 The town campus of the University of Uyo (UNIUYO), Akwa Ibom State, was on Monday thrown into disarray, following a raid of its post-graduate hostel, leaving no fewer than five persons ? including a woman ? injured.
The gunmen, according to the victims, stormed the hostel at about 1.00a.m., ransacking the entire 20 rooms and made away with over 10 laptops, 20 mobile phones, cash and other personal belongings of the graduate students.
?Some of us were deeply asleep after reading, while some of our colleagues were still working on their dissertations. Suddenly, we heard a hard kick on the fragile doors to the hostel.
?Next thing was a group of armed men pointing guns and ordering everyone to remain calm with faces downward throughout the operation, which lasted more than an hour?, one of the postgraduate students told our correspondent.
?The gunmen took away my new phone, cash and my laptops containing essential documents including part of my dissertations and research work that I have been working on since the last five years?, he lamented.
Narrating her ordeal, one of the students, whose head was injured with a gun butt, said the robbers made away with her research materials stored in her laptops and other personal effects including cash.