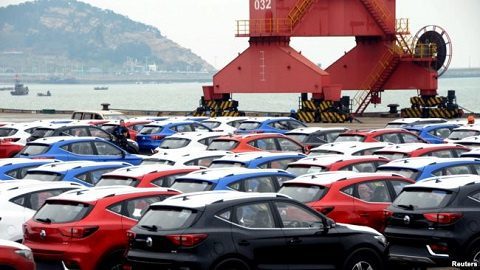 The registration of vehicles peaked at the Bono Regional Office of the Driver Vehicle and Licensing Authority (DVLA) as several vehicle owners thronged the premises of the Authority in Sunyani on Tuesday.

During a visit around 1100 hours, the Ghana News Agency (GNA) sighted hundreds of vehicle owners and applicants in the premises, ready to register their vehicles.

Mr George Okyere, the Bono Regional Manager of the DVLA, in an interview told the GNA the registration exercise began on Monday, January 4, saying the Authority had so far registered 120 vehicles.

He said the demand for 2023 registration number plates remained high, but added that because the Authority conducted pre-inspection and custom release of the vehicles last year, it had somehow reduced pressure on the registration exercise.

Mr Okyere said the vehicle registration exercise had also slowed down renewal of licenses and road worthy certificates, but gave the assurance that “everybody who comes here would be served”.

He also commended the Police for their support in helping to control traffic and maintaining law and order at the premises of the Authority.