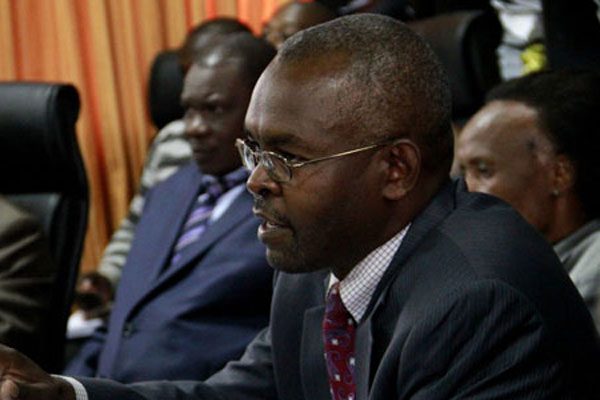 The National Treasury is banking on a Sh80 billion syndicated loan that is expected in two weeks to unlock the cash crunch currently affecting government business.

National Treasury Principal Secretary Kamau Thugge told the Nation that the funds would ease pressure on the government by plugging the current revenue shortfall.

?We are getting a syndicated loan that could be up to $750 million which comes to about Sh80 billion. That money could be coming in within the next one or two weeks,? said Dr Thugge.

A National Treasury Ministerial Tender Committee is in talks with three banks, including Standard Chartered, Stanbic and Citi Bank to arrange for the urgent credit.

He spoke in the wake of a cash crunch that has hit the government hard, threatening delivery of key services.

On Friday, it emerged that Kenya Revenue Authority has failed to fully achieve revenue targets for the period by as much as Sh12 billion, leaving the Treasury cash-strapped.

Dr Thugge, however, said the government would enhance fiscal discipline amid the financial pressure.

?We should try as much as possible to reduce the non-priority expenditure and focus on putting resources into development expenditure and other critical needs like education and health,? said Dr Thugge.

Last week, the International Monetary Fund warned Kenya on non-priority spending this financial year, saying only this would enable Treasury to balance its books after its borrowing costs went up.

?Without a significant improvement in taxes, fiscal consolidation will be more difficult, so it?s a key element,? the IMF Kenya resident representative Armando Morales was quoted as saying.

?Once we have that money, we should be able to bring down interest rates back gradually,? Dr Thugge added.

In response to a weaker shilling and rising inflation, the Central Bank has increased the benchmark lending rate by three percentage points since June, to 11.50 per cent.

Higher lending rates have sparked fears of a slowdown in the Kenyan economy, which had been set to grow by 6 per cent as per varied official projections.