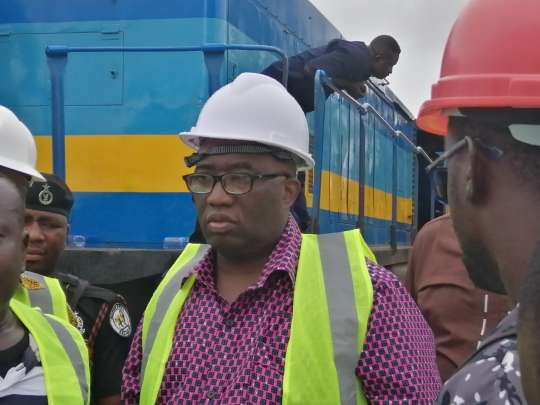 Mr. Joe Ghartey, the Railway Development Minister, has called on assembly members to be mindful that they form critical part of Ghana’s governance system and should, therefore, work hard to guarantee development locally.

“You have a role to play in ensuring that the government delivers on its promises to Ghanaians and your inauguration today (Thursday) is another important milestone towards our decentralisation and local governance objectives,” he said.

Mr Ghartey, who is also the Member of Parliament for Essikado/Ketan, was speaking at the inaugural ceremony of the newly constituted Assembly of Shama District in accordance with the 1992 Constitution which enjoins them to lead the development aspirations of the people.

The functions of District Assemblies as provided under sections 12(1) and 13 of the Local Governance Act, 2016 (Act 936), include formulation and execution of plans, programmes and strategies for effective mobilisation of resources for the development of the District.

Mr Ghartey, therefore, charged members of the Assembly to advance implementation of government programmes in the Coordinated programme of Economic and Social Development Policies.

He entreated the Assembly to use its bye-laws to enforce compliance of sanitation management and environmental health standards to ensure cleanliness.

Mr Joseph Amoah, the District Chief Executive of Shama, praised his predecessors for leaving behind legacies such as infrastructural development, organisational culture, governance to the door steps of the people and revenue mobilization.

In spite of the achievement, he said, much more needed to be done, adding: “The Assembly is just about a decade old and still grappling with challenges. Our community, infrastructure, that is, schools, health facilities, roads, water and others need to be improved.”

“I have no doubt that the fourth Assembly can actualize the vision of the Assembly, being the gate way to the Western Region where the best comes from, with enhanced socio-economic opportunity for the electorates,” he added.