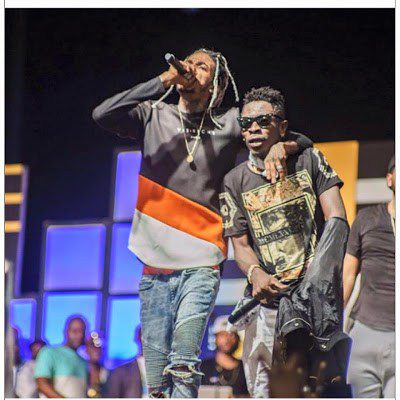 Self-acclaimed dancehall king, Shatta Wale for sometime now has revealed that he’s been signed onto Jamaican record label, Notnice Records’ even though up till now, we’ve not seen any official release from the record label claiming, yes it’s true, they’ve signed Shatta Wale.

Shatta Wale has disclosed once again that he had a call from Notnice records where Notnice said Jamaica can’t wait to see him again and again.

He posted, “Notnice on another production for me again…he said, Shatta, I have heard everything and Jamaica can’t wait to see you again and again.” He ended,