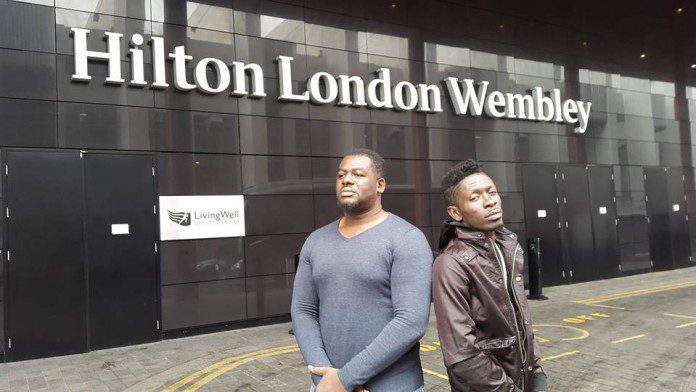 The controversies surrounding the leaked pictures of Bulldog’s wife still persist as Shatta Wale made an account of his part of the story on one of Ghana’s greatest entertainment platforms AMpluzz on Pluzz fm.

Shatta Wale revealed that Bulldog who use to be his manager stated that he had no wife when he was caught with another man’s girlfriend in Germany.

According to the Kakai hitmaker,the wife of Bulldog was on phone with him (Shatta Wale) when the incident happened so he doesn’t understand why anybody should think he would be the one to release the nude pictures of a person he calls mummy.
Shatta indicated she has so much respect for Bulldog’s wife and under no circumstance would he play a part in leaking naked pics of her.

To him (Shatta Wale),releasing that naked pictures wouldn’t make him any more famous and rich.

”Mummy was on the phone with me when the whole incident was happening,she even pleaded with me to make sure Bulldog wasn’t arrested by the police and then Bulldog started shouting that he doesn’t have a wife,Mummy heard everything.”

“I therefore don’t understand why anyone will think I will have a hand in releasing mummy’s nude pictures,I respect her and releasing her nude pictures wouldn’t make me more popular or rich.”

He added that he believes Bulldog is behind the nude picture leakage of his wife because according to most of the crew who work with Bulldog,those pictures were all over his laptop when you try using it therefore he thinks Bulldog intentionally did that to get back at his wife for founding out he (Bulldog) cheated on her.He also said that he believes the guy whose girlfriend cheated on him with Bulldog might have those nude pics.

Therefore he shouldn’t be blame for the crime of someone.