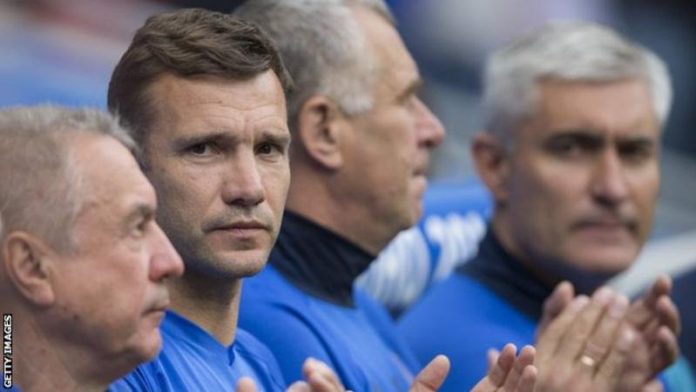 The 39-year-old, who won 111 caps, replaces Mykhaylo Fomenko, whose four-year spell ended with elimination at the group stage of Euro 2016.

Shevchenko was his assistant as Ukraine lost all of their matches, against Germany, Northern Ireland and Poland.

The former Dynamo Kyiv player, who retired in 2012, has never before worked as a manager.

Ukraine’s record scorer with 48 goals, Shevchenko captained his country to their first World Cup finals in 2006.

He has signed a two-year contract with the possibility of another two-year extension.

Former Italy defender Mauro Tassotti, who was assistant coach when Shevchenko was at Milan, will join his coaching staff, as will former Dynamo coach Raul Riancho.

Ukraine’s World Cup 2018 qualification campaign begins with a home match against Iceland in September. They are both in Group I along with Croatia, Turkey, Finland and Kosovo.