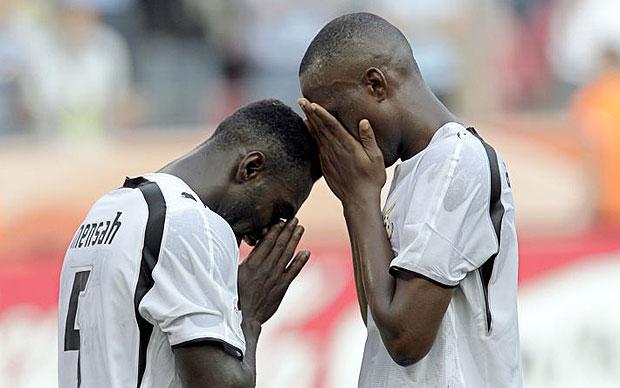 Shilla Illiasu played for Ghana at the 2006 World Cup

Ex Ghana defender Shilla Illiasu has urged FIFA to reconsider their decision to hand the hosting rights of the 2018 World Cup to Russia over the worsening case of racism.

The 33-year-old endured his fair share of racist attacks during his two-year stay in Russia when he was playing for FC Saturn.

Russia have however persistently insisted they are taking serious measure to tackle racism before the mundial is staged in less than three years.

But Shilla Illiasu who played for Ghana at the 2006 World Cup says these efforts have proved futile as the situation with racisms keeps getting worse and is now urging the rethink of making Russia hosts of the World Cup.

“I was disappointed when Russia where handed the rights to host the World Cup because of their situation with racism,” he told Starr FM.

“I was there even last month and they have not done enough to solve the problem.

“It was a mistake to hand the World Cup hosting right to Russia.”

Russia were handed the right to host the 2018 World Cup in December 2010 after beating bids from Spain-Portugal and Holland-Belgium and England.

This decision has however been widely criticized with some even suggesting the bidding process was tainted with corruption and bribery.