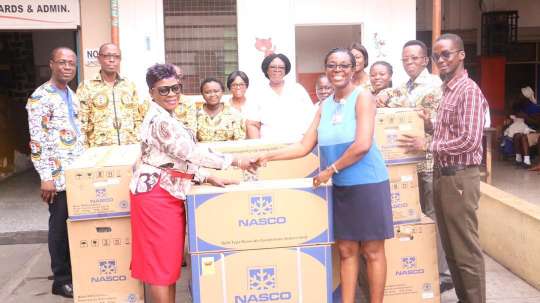 Staff of the Ghana Shippers’ Authority (GSA) on Wednesday donated five units of air conditioners to assist the running of the Princess Marie Louise Children’s Hospital in Accra.

The Chief Executive Officer of the Authority, Ms Benonita Bismarck, presented the items on behalf of the staff at a brief ceremony at the Hospital.

She said the donation, which was from the weekly offerings of the morning devotions held on Fridays, was a token from the staff to alleviate the burden of the running of the health facility.

Ms Bismarck emphasised the importance of children in the eyes of God and the nation’s development and expressed the need to care for their welfare and upkeep.

The Medical Superintendent of the Hospital, Dr. Mame Yaa Nyarko, expressed appreciation to the GSA for the kind gesture and assured that the air conditioners would be used for the comfort of the children.

Princess Marie Hospital was constructed by the British Administration in 1926 to serve the needs of maternal and child healthcare delivery in the country.