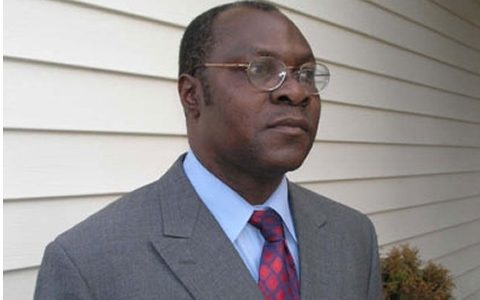 According to Dr. Arthur Kennedy, “Bawumia has paid his dues to NPP but he should respect those who started before him….. Dr. Bawumia must make way for those were in the Party before he joined to contest for the Flagbearer position of the NPP ahead of the 2024 elections”.

Well noted but I would like to ask Dr. Arthur Kennedy these questions:

1. Is Bawumia forcing or preventing anyone who started before him not to contest the Flagbearership position?

2. Is Bawumia an impediment or obstacle or threat to the chances of those who started before he joined the NPP?

3. Has Bawumia put a gun on anyone not to contest the Flagbearership position?

4. Aliu Mahama came late but was he prevented from contesting against Nana Akufo-Addo and Dr. Kofi Konadu Apraku?

5. Alan Kyerematen came late as far as the tradition of NPP is concerned. Was Kyerematen prevented from contesting against Nana Akufo-Addo in 2007, 2010 and 2014?

In those contest if Alan Kyerematen has decisively won against Nana Akufo-Addo, would he have conceded to Nana Akufo-Addo to lead NPP ahead of the 2008, 2012 and 2016 general elections in the name of who started first? Certainly not.

7. Kufuor started before Akufo-Addo but was Akufo-Addo prevented from contesting against Kufuor in 1998?

8. Adu Boahen started before Kufuor but was Kufuor prevented from contesting against Adu Boahen?

9. Should NPP gives the Flagbearership position to those who have NOT sincerely PAID their DUES to the party?

10. Where was those who started before Bawumia when he was busy defending the party in court in 2012?

11. What happen to the 5 year membership requirement for the Flagbearership position?

12. Is there any provision in NPP Constitution that says that, “Those who started first should contest the Flagbearership position before those joined later?

The party is not preventing anyone from contesting the Flagbearership position in 2023. Even Arthur Kennedy may decide to contest to test his popularity within the party.

New Leaders For Ghana Handball Association To Be Elected August 13

NPP To Reinstate All Suspended Members