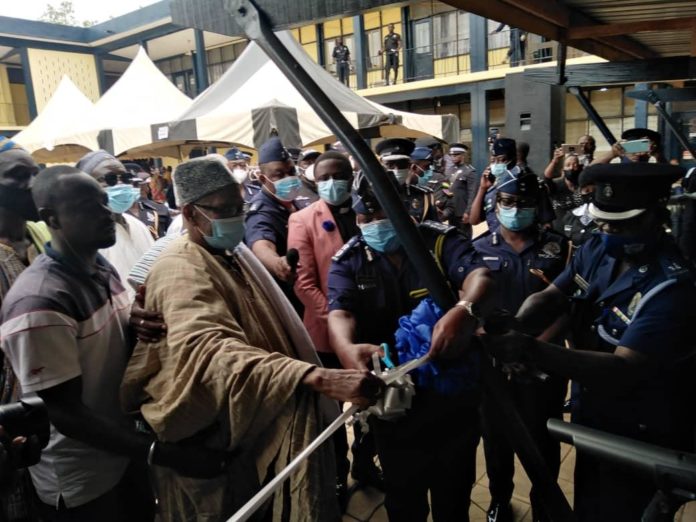 Inspector General of Police (IGP), Mr James Oppong-Boanuh has urged police officers not to be influenced by their political connections in the performance of their duties in the lead up to this year’s elections.

He said they should only show their political colours at the polling booths.

He emphasised that “The Presidential and Parliamentary elections will soon be held and I urge all police officers to be very circumspect, highly professional and impartial in the discharge of our duties. The only place where you show your political colour is when you enter the polling booth.”

He said “You have to follow laid down procedures, our standard operating procedures to police the ballots and protect lives and property. You must act on every complaint that you receive and you must do so speedily to clear the doubts of critics.”

Mr Oppong-Boanuh said this in Tamale on Friday when he opened a conference hall and inaugurated a Police Band for the Northern Regional Police Command.

Construction of the about 250 seating capacity auditorium started in 2016, and it was funded through contributions by individual police officers in the region.

He advised the youth especially those in the north not to allow themselves to be used by anybody to destabilise the state, adding “When you do, the law will catch up with you.”

Gukpe-Naa Alhaji Alhassan Abdulai, Paramount Chief of Gulkpegu Traditional Area (Tamale) assured the IGP of the support of the chiefs in ensuring peace in the region, saying chiefs in the region did not support instant attacks on police officers.