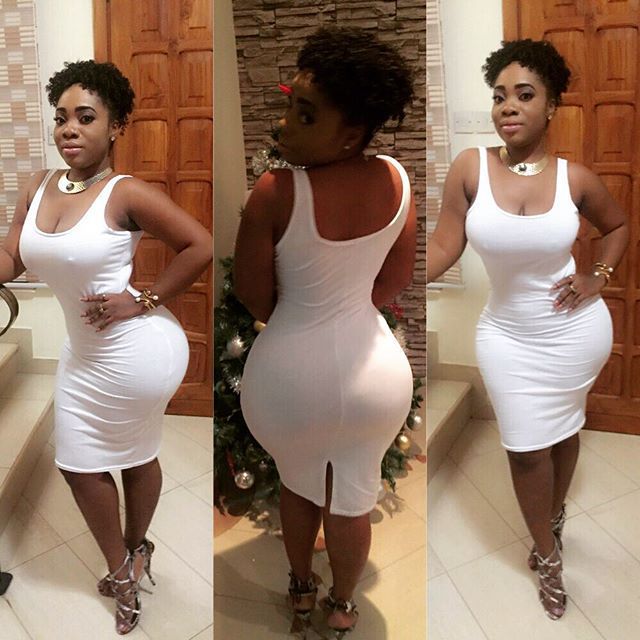 Aspiring actress, Moesha Boduong who is known for flaunting her body with provocative photos on social media, opened up on her lifestyle in an interview on The Delay Show. Among other things, she revealed that in her third year in the University of Ghana, she decided to break up with the boyfriend for a rich guy who could meet her needs and her father’s medical bills.

“In my third year, my father was on retirement and he fell seriously sick. Things became difficult, hence it was difficult to support my upkeep in school, so I decided to break up with my boyfriend in order to date a guy who could provide my needs and cater for me”, she explained.

Moesha disclosed she met another guy, Kwaku  who could  cater for her needs  which included taking care of her father’s medical bills, providing money for her education, upkeep, hostel accommodation and money for her brother’s school fees. She added that this happened after her mother had passed on.

Moesha later broke up with Kwaku to date a much older guy, Lardi. According to her Lardi  paid her bills, got her a  car, paid for her dad’s medical bills as well as her  accommodation.

On her risqué photos on social media, Moesha said she has a great body  and butts, hence the need to flaunt it.

“I work out for my body. It is nice. My butts are nice, that is why I flaunt them in my pictures. I will keep flaunting it. This is my time, I am not going to be young forever. Allow me to flaunt it. It is part of my job and it is not always about ass, ass in my pictures”

She added that she is living her dream as a famous actress. She hopes to take it seriously and get to the ultimate. Moesha further advised young people looking up to her to flaunt their body and what they have. She added that they should try not to show nude photos but just flaunt what they have.