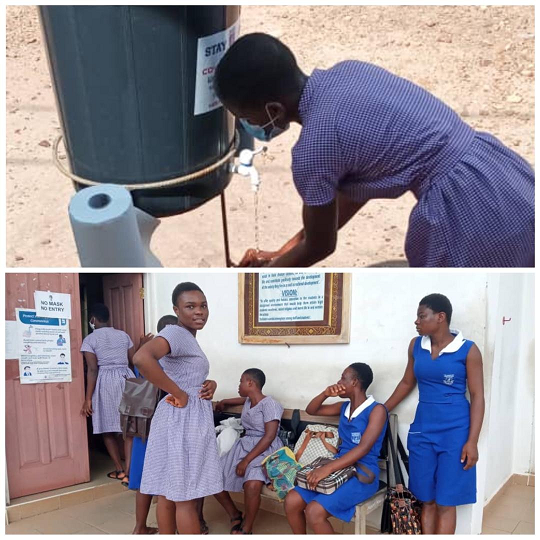 Senior High Schools (SHS) in the Tamale Metropolis have used the first day of reopening to register their students as well as take them through some COVID-19 tests.

GNA’s tour of some of the SHSs in the metropolis showed few students on school compounds waiting to be taken through the formalities.

GNA also observed that dormitories were being cleaned and some beds being rehabilitated to accommodate the students.

Some of the SHSs visited included Kalpohin, Tamale, Ghana and Vittin SHS.

Mr Abdulai Baba, Assistant Headmaster in-charge of Administration at the Tamale SHS, told the GNA at his office on Monday that registration of students would begin at 1600hours where their temperatures would be taken to ascertain their health status.

Mr Baba said no new personal protective equipment was supplied to the school and indicated however that some of the old stock was available and would be used for the meantime.

He said about 1,000 students constituting both green and gold tracks of SHS two students were expected at the school, adding that they were to report at the school in their own face masks as the school did not have any available.

Madam Ramatu Awudu, Headmistress of Kalpohin SHS, also told the GNA that the school was ready to receive the students.

At the Kalpohin Anglican Junior High School A and B (JHS) and Seventh-Day JHS in the Tamale Metropolis, majority of the students reported. They were however engaged in cleaning the schools to make it ready for academic work to begin.

Most of the students were not wearing face masks, while school authorities said they were yet to receive personal protective equipment from the government.

Second year SHS and JHS students returned to school today after the President announced closure of schools since March following the outbreak of COVID-19 in the country. Universities were earlier reopened in August to enable students complete their academic works.